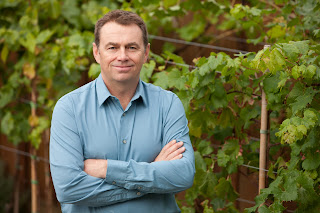 Siren’s Call, which is just releasing five Okanagan red wines from the 2010 vintage, is one of the newest wine labels.

The winemaker behind the label is Mark Simpson, the principal of Vancouver-based Artisan Food & Beverage Corp., a consulting company he set up in 2007.

In 2010, he decided to create his own wine label partly to establish his bona fides as a consulting winemaker. He became a partner in Alto Wine Group, a custom crush winery at , a strategic relationship that directed him to some very fine vineyards.

“I got carried away,” Mark says. “I started buying fruit and the next thing you know, I tasted in the vineyards and kept saying, ‘Oh my God, I will take it.’ That kept happening. I ended up with 14 tons and $100,000 invested and [made] a whole line of wines.”

The result is an impressive quintet of reds and a very good start for a new label – especially from someone who started as a beer maker (and still makes beers).

Born in in 1960, Mark came to with his parents when he was one. His beverage career was launched in 1982 with the Molson Breweries after he has earned a microbiology degree at the . In 1992 he became the brewmaster for the Granville Island Brewing Company in , developing such popular beers as Cypress Honey Lager.

In 2001, he was courted by a recruiter to take over as winemaker and research director for RJ Spagnols Wine and Beer Making products which had just been acquired by Vincor International. “I really got into winemaking,” he says. “I got to buy grapes and juice from all over the world for the wine kits. And I was part of the Vincor winemaking team and got to hang out with the Vincor winemakers.”

With the launch of Artisan, he also took on management assignments as well as production, with clients such as Saturna Island Estate Winery and The Fort Wine He has several current winemaking clients include another new label, Nagging Doubt Wines, owned by a businessman, Robert Westbury.

Mark concluded he needed to launch his own label to raise his profile as a winemaker.

“Being a Vancouver-based winemaker, I am competing with the consultants in the Okanagan,” he says. “One way to make sure people know I am around is to have a wine brand. It is like buying a billboard and renting it out – you make your money from the billboard.” 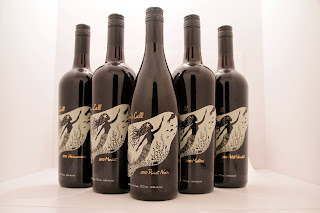 Siren’s Call Merlot 2010 ($26.90) is from a sunbathed south Okanagan vineyard managed by Terry Meyer-Stone and Andrew Stone. It begins with an impressively deep colour and aromas and flavours of blueberry, black currant and plum. The long, ripe tannins contributed to polished elegance of the texture. 90.

Siren’s Call Malbec 2010 ($26.90). This red has a swaggering personality, with peppery aromas and flavours that wake up the palate. In his notes on the wine, Mark speaks of pencil lead and spice. I would not disagree but I also found cherries and plums and a peppery finish. 91.

Siren’s Call Petit Verdot 2010 ($26.90). With 14.9% alcohol, this is a ripe, muscular red, beginning with aromas of mulberry, blackberry and spicy plums. Full-bodied and with great fruit concentration, it tastes of black currants, plums, figs and spice with a hint of tobacco on the finish. 91.

Siren’s Call Harmonious 2010 ($28.90). This is a blend of the five major red varietals. It is aptly named; the varietals flavours do not override each other but have come together in a seamless fashion. Dark in colour – Mark certainly makes dark reds – the wine begins with aromas of spice (celery salt) and red berries. The palate presents flavours of blackberry, currants, cherry and plum. A well-structured wine, it should be cellared for a few more years to let it peak. 91-93

Posted by JohnSchreiner at Goodgrog at 4:39 PM

hey, great article! i used it as a reference in my own blog. Thanks for the insight!

How do I import a case or two into Massachusettes? or if not Mass, then a friend would take delivery from New Hampshire!

I doubt these wines are available in the U.S. because it is difficult to ship across the border. However, you might go to the web site for the BC Wine Studio and post a question to Mark.