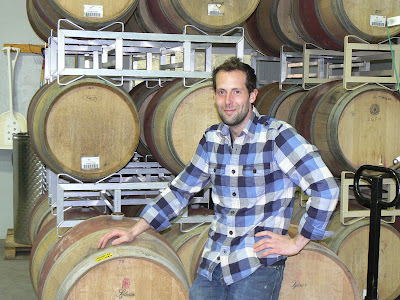 Aside from making your own wine, the closest you can come to having exclusive wines on your table is to seek out the growing number of limited production labels emerging from the Okanagan’s custom crush wineries.

These are wines you cannot buy from a local wine store because, typically, they are available only through winery web sites. You need to subscribe to email alerts, order by the case, and move fast when a wine is released because the volumes are limited.

For example, only 74 cases of Syncromesh Riesling 2010 were released and one savvy Vancouver restaurant placed a big order. 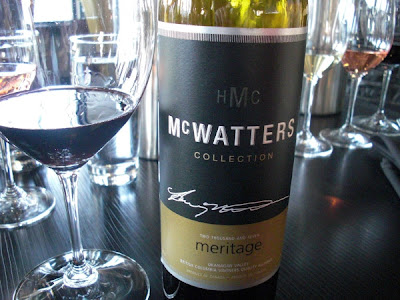 If that is not exclusive enough, the new McWatters Collection Meritage, just released this spring, initially was available only at Local, the Summerland restaurant run by Christa-Lee McWatters-Bond. Those who have tasted it have acclaimed it as an excellent wine with a retail price of $25.

In addition to the labels being produced at the custom crush wineries, several winemakers in the Okanagan are developing labels of their own, generally in an understanding with the wineries where they work. Look for interesting choices of small lot wines over the next several years.

Crush Pad has a new winery under construction while Alto Wine is making its magic in the same sort of metal-clad building that Black Hills Winery used to have.

Crush Pad has the higher profile. To begin with, Christine Coletta, one of the owners, operates a very effective marketing company in Vancouver and knows how to generate publicity. Secondly, her winery also generated considerable controversy this spring when another wine blog printed her press release and the blog was flooded with comments.

Naramata Bench winemaker Richard Roskell, one of the owners of Marichel Vineyard, objected strongly, taking the view that aspiring winemakers need to invest in vineyards and buildings like everyone else has had to do. He termed developing “virtual wineries” to be the equivalent of create “a façade of an industry.”

This furious debate went on for some time before being shut down. There is no question that many existing producers agree with Richard.

Countering that is the argument that top flight winemakers should not be thwarted just because they lack the capital. “Short of winning the lottery, there is very little chance that I will ever be able to afford to own a vineyard and a winery of my own,” was the rejoinder from Garron Elmes, the winemaker at Lake Breeze Vineyards for the last 16 years.

I doubt the controversy is anywhere near over. In the meantime, there are interesting wines emerging from Crush Pad.

Christine’s own label is Haywire Winery. It has currently released two wines, Haywire Pinot Gris 2010 ($23) and Haywire Gamay Noir Rosé 2010 ($21). These are solid wines and were reviewed in my blog recently.

A second label about to be released from the Crush Pad umbrella is Bartier.Scholefield. This is the label of collaborating winemakers Michael Bartier and David Scholefield. Their web site is www.bswinesokanagan.com but it is not live yet.

Two wines are being released June 15:

Barter.Scholefield White Table Wine 2010 ($22). This is a blend of Pinot Gris, Pinot Blanc, Chardonnay and Sauvignon Blanc. The wine has aromas and flavours of citrus, green apples and melons. The finish is crisp and dry, with lively acidity and a somewhat austere personality. It is an excellent oyster wine. 88.

Barter.Scholefield Rosé Table Wine 2010 ($20). Made largely with Gamay grapes, this is a wine with aromas and flavours of cherry. There is a house style here – this wine also is dry nearly to the point of austerity. 87.

Alto Wine has had a much lower profile, perhaps to stay away from the virtual wineries controversy. Several of the labels emerging from this facility are made by winemakers who have invested in the business. That means they are not really virtual wineries.

The lead partner at Alto Wine is Alan Dickinson, a youthful Vancouver entrepreneur who came to wine as one of the founders of Vancouver Wine Vaults, a wine storage business.

In a lifestyle switch, he began looking for vineyard property in the Okanagan. In March of 2010, he took over a five-acre vineyard just east of Okanagan Falls. About half was planted to Riesling, one of his favourite varieties, and additional Riesling has replaced varieties with which the previous owner had had little success.

“I am a huge lover of Riesling,” Alan says. “I think Okanagan Falls has incredible terroir for it.”

Because the Dickinson family has a love affair with the mechanical side of British sportscars, the first wine, a Riesling, has been released under the Synchromesh label. The web site is www.synchromeshwines.ca. 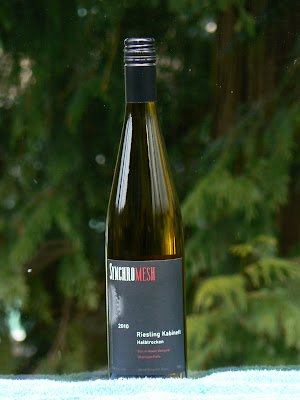 Synchromesh Riesling Kabinett Halbtrocken 2010 ($30) has all that German on the label because its style is German; halbtrocken means off-dry. This is a lovely wine, with a moderate alcohol of 11.4%. It has flavours of citrus and peach, with a juicy texture and a long finish. The residual sugar balances the bright acidity so that the wine finishes almost dry. The winery recommends cellaring it four to eight years, allowing it to develop to its fullest. 90.

Not yet released is a very good Synchromesh Meritage red which was still in barrel when I visited the winery this spring.

Alan created the custom crush business for a very practical reason. “I discovered that unless you are coming into it with a lot of money or a lot of backing, it is not really financially viable to start up a small winery,” he says. “That is where the custom crush thing started to evolve, for servicing people like myself who want to start up a small winery and making it more viable for them. It also allows us to get some cash flow through the door so we can do our own things.”

One of the winemaker partners here is Tom DiBello, formerly the winemaker at CedarCreek Estate Winery and now a busy consultant in the Okanagan. He and his wife, Tari, have just launched DiBello Wines, produced in the Alto Wine facility. The wines can be ordered from them at 1-778-516-1398. 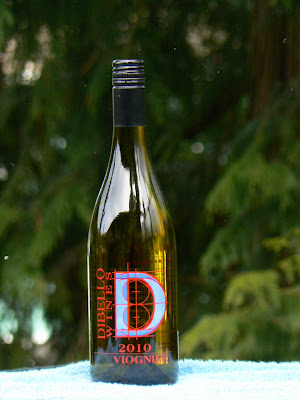 DiBello Viognier 2010 ($33 for a production of 87 cases). The first release under this label, it is a variety with which Tom had extensive experience when he was making wine in Washington State. This is an intense and also exotic white, beginning with aromas of apricot, pineapples and, believe it or not, liquorice. It delivers tropical flavours to the palate, with a rich texture and a dry spicy finish. 90.

Still in barrel for the DiBello label are Chardonnay, Pinot Noir, Merlot and Syrah, all in small volume and all impressive. DiBello Wines is not planning to produce more than 1,000 cases a year in total.

Another partner who joined Alto Wine is Mark Simpson, the principal of Artisan Food and Beverage Group Inc. Mark is both a winemaker and a brewmaster.

His first release from Alto Wine is under the label, include() wine. The first release is a Merlot Rosé. This fall, the label will add a red Meritage with all five Bordeaux grapes. The web site is www.includewine.com.
Posted by JohnSchreiner at Goodgrog at 4:21 PM