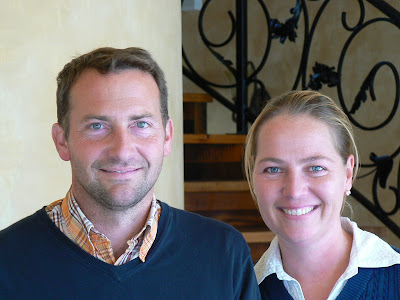 If you want big red wines, Lawrence Herder is your man.

He is the winemaker and co-proprietor, with his wife Sharon, of Herder Winery and Vineyards in the Similkameen Valley.

Once the owner of a winery in Paso Robles in California, he chose the Similkameen for the re-launch of his brand in Canada because he wanted to make big reds here. While his initial vineyard choice proved to have some issues with frost, the current location on a hillside near Keremeos is a sun-drenched, south-facing slope with great air drainage and with a heat-reflecting cliff.

The fruit he gets from this vineyard and from others in the valley is exactly what the doctor would order for ripe, muscular wines. (He also gets fruit from the Okanagan, since some of his vines are still young.)

The winery opened May 1 for the season with three new releases. As well, the winery has allowed an early look at the 2008 Josephine, the flagship red which will not be released until this fall. 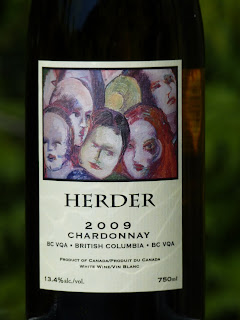 Herder 2009 Chardonnay ($20). Bold and rich, this wine has wrapped subtle oak (but not too much) around the flavours of apricots, apples and peaches. The wine was fermented half in stainless steel, half in French oak. The label says the alcohol is 13.4%; the impression on the palate is that it may be a trifle higher. I make that comment because the reds all have significantly more alcohol but, as red wines often do, carry it better. 88. 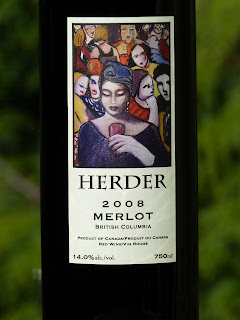 Herder 2008 Merlot ($35). This delicious wine is concentrated and juicy, beginning with aromas of spice, iodine, blueberry and cassis, leading to flavours of cassis and blackberry. The tannins are ripe and long, giving the wine a texture that is full and almost chewy. This wine was re-tasted a day later to see how it was developing, a test it passed with flying colours. This is a fine, generous Merlot, with 14% alcohol. 91. 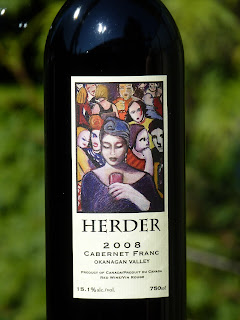 Herder 2008 Cabernet Franc ($35). Here is a powerhouse, the Similkameen’s answer to Zinfandel, with 15.1% alcohol. The big ripe wine is so packed with extract and flavour that the alcohol is never an issue, providing you stop at two glasses. The wine has brambly aromas of blackberries and raspberries, with generous flavours of plum, fig and chocolate and with a spicy finish. If you like reds that make a statement, this is a real orator. 91. 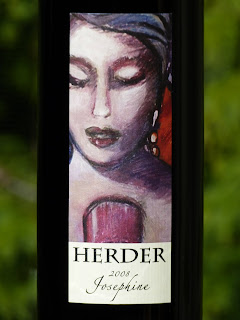 Herder Josephine 2008 ($40 with a production of 3,180 bottles). That price is a bit of a guess on my part: it is the price for the 2007 Josephine, which is still in the market. Few wineries are raising prices this year and I have not seen Herder raise prices either. This is a blend of 81% Merlot, 15% Cabernet Sauvignon and 6% Cabernet Franc. Stated alcohol is 14.8%, again not an issue, given the fullness of the fruit and texture. The wine begins with dramatic aromas of spicy blackberries. On the palate, there are flavours of blackberry and black currant, with the cedar notes often found in a Bordeaux-style red that has been aged in good oak. Collectors of previous vintages will recognize that, even with vintage differences, Herder has achieved a consistent house style. This wine can be aged for seven to 10 more years before hitting its peak. 92.
Posted by JohnSchreiner at Goodgrog at 11:42 AM