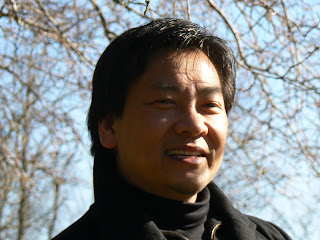 When I recently poured a glass of Blackwood Lane’s 2007 Merlot for my companion, her instinctive reaction after sniffing and tasting was to exclaim: “Wow!”

Never mind a Robert Parker score. That says all you need to know about that superb wine.

The winery is now releasing four more reds, all of them with a similar wow factor.

Blackwood Lane Vineyards & Winery is a boutique producer that makes its wine from Okanagan grapes but has its tasting room and winery on 8th Avenue in Langley Township. It is a great place to visit on a sunny day because the wine shop is in a refurbished bungalow with spectacular view of Mount Baker.

On the occasions I have been there, the tasting room was fairly quiet, suggesting that Vancouver-area wine enthusiasts are, for the most part, not aware of this winery and its excellent wines. It’s worth the drive, especially if one also makes a luncheon booking nearby at Domaine de Chaberton’s excellent bistro.

In a few months, through Whitecap Books, my publisher, I am releasing a new book on the wineries of the Fraser Valley and the islands. I hope that will improve the visibility of these wineries and persuade wine tourists – who may not know what is in their backyards - that they need not always go the Okanagan for wine touring.

Blackwood Lane was opened in 2007 by winemaker Charles Herrold and his partner, Carlos Lee. Last month, Carlos acquired Charles’s interest in the winery, in part because Charles is ramping up his own boutique winery in Washington State.

While the departure of a winemaker as capable as Charles raises some questions about Blackwood Lane in the future, the impressive wines currently released have his finger prints all over them. Carlos tries to be re-assuring about the style going forward. “We made wine together for six years,” he says. “I am a texture man. Charles has a nose like a bloodhound.”

For those who can’t get to the winery, the Blackwood Lane website includes a list of wine stores in the lower mainland that carry the wines.

A warning: many of the releases come with sticker shock. Blackwood Lane’s business model has been to pay top dollar for premium Okanagan grapes. That has to be reflected in the price of the wine. But that is the way it is all over the world. The $100 plus Napa Cabernet Sauvignons are also made from really expensive grapes.

Is Blackwood Lane in the same league yet as Cakebread or Caymus? Perhaps not yet but its first few vintages certainly show astonishing promise. Will the British Columbia market sustain a winery with a super-elite business model? Who knows? But don’t wait to find out. Try some of the wines now and make up your mind. 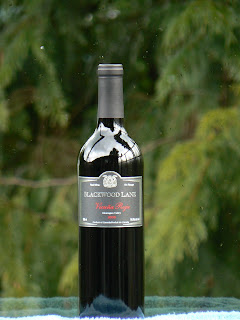 The wines currently available begin with a solid $24 red, Vicuña Roja 2008, a blend of 60% Cabernet Franc, 30% Merlot and 10% Malbec. The wine is bright and juicy, with aromas of spice and cherries and flavours of mocha, cherry and blackberry. The ripe tannins give this an accessible and drinkable texture. 88. 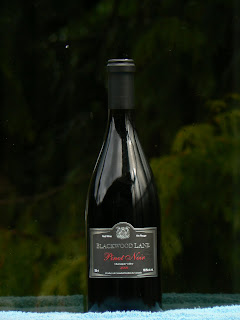 New from the winery is a Pinot Noir 2009 ($44), made entirely with free-run juice from four different clones of Pinot Noir. The wine begins with a dramatic aroma of raspberries and cherries and even a hint of tobacco. On the silken palate, there are flavours of strawberries and spice. On the finish, the wine shows a delicate, feminine character that adds to its appeal. 92. 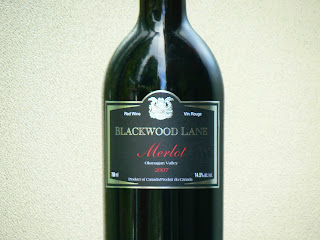 Blackwood Lane Merlot 2007 ($44) struck me as a sultry, dark-haired beauty (to stay with the metaphor). Rich on the palate, the wine has appealing aromas and flavours of cassis, black cherry, vanilla, fig and chocolate, with a lingering finish. 94. 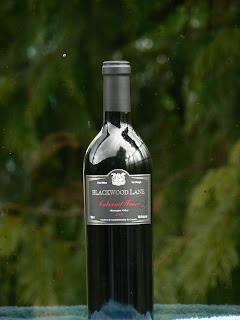 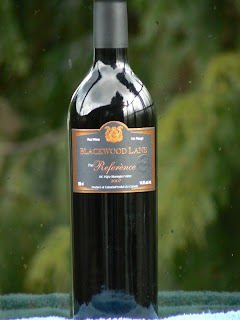 Blackwood Lane The Referènce 2007 ($99). This Bordeaux blend is expensive not just because of the grapes but also because of the barrel treatment. The wine is aged initially in French oak barrels and then finished in French oak puncheons, the larger size of which polishes the wine without making it too oaky. Dark in hue, the wine begins with aromas of red berries, spice and vanilla. The flavour palate is a bit like a very good Black Forrest cake, with chocolate, cherries, plums, figs, currants and spice. The wine is approachable now, with decanting, but will age easily for 10 years. 96.

I note from the winery’s website that The Referènce 2006 is still available. I thought that was another 96 point wine. Charles insists that the 2007 is a better wine.

Perhaps a well-heeled collector will invite me one day for a side-by-side tasting.
Posted by JohnSchreiner at Goodgrog at 3:07 PM

Thank you very much for your reviews. I shall in the future invite you for a side to side tasting of both Reference.
Carlos

I'll have to check them out.
Any thoughts on cellering time?
Thanks
Anthony

While Vicuna Roja is for drinking now, the other reds will easily cellar seven to 10 years from the vintage date.
John