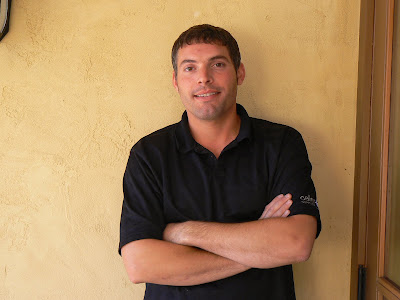 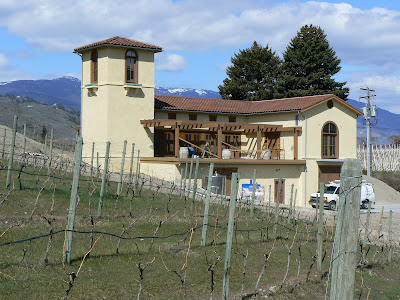 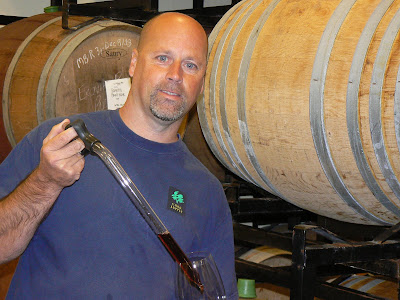 
Since opening in 2006 near Oliver, Le Vieux Pin winery has released collectible wines even while exasperating collectors with a portfolio in flux.

The good news for those collectors is that LVP and sister winery, LaStella (which opened in 2008 near Osoyoos), are settling down to a focus.

Both wineries are owned by a Vancouver company, Enotecca Winery and Resorts, which is controlled by three entrepreneurs: Saeedeh and Sean Salem, an Iran-born husband and wife team, and former broker Greg Thomas.

They set out with a specific objective for each winery. As LVP was built, Rhone varieties (Syrah, Viognier) were planted in the nearby vineyard. Since it takes three years for a vineyard to start producing, LVP launched with wines made from purchased fruit, notably Pinot Noir and Merlot.

That’s a bit of a stretch for a Rhone house. As it happens LVP has released several excellent Pinot Noirs and Merlots (among other good non-Rhone wines). Recently, I was able to taste a pair of Pinot Noirs from the 2007 vintage that will not be released until at least mid-year. I also learned that the winemaker James Cambridge has some 2008 Pinot Noirs in barrel at LVP.

But that will be the last Pinot Noir from LVP. Enotecca no longer grows Pinot Noir in any of its south Okanagan vineyards, having concluded that the south Okanagan terroir is better suited for other varieties. In 2o09 LVP switched a major portion of its production to Syrah.

LaStella’s role is to be Enotecca’s Tuscan winery. The winery, at the north end of Osoyoos Lake, is attractively built in a Tuscan style. Plantings in the nearby vineyards include Sangiovese. Winemaker Daniel Bontorin is a dual citizen (Italian and Canadian) and has worked in Italy.

The winery will soon release 245 cases of its initial “Super Tuscan inspired” blend, a wine called Fortissimo. Perhaps ironically, the 2007 Fortissimo is a blend of three Bordeaux varieties because the Sangiovese vines were not yet producing in that vintage. Future vintages will include Italian varietals and Fortissimo will become a 2,000-case brand.

The followers of these wineries may also have been exasperated with changes in the names on the labels. They will need to remember that LVP’s Merlot Reserve 2007 was, in previous vintages, called Apogée. LVP has discarded many of the pseudo-sophisticated label names for simple varietal names.

Throughout this journey of self-discovery, the Enotecca wines have released wines memorable for the concentration of their flavours and aromas. “Yields can make a difference,” general manager Rasoul Salehi says. The wineries crop their own vineyards to lower yields than most Okanagan wineries. The LaStella Maestoso Merlot 2007, a tour de force if ever there is one, is made from vines where the yield was less than a ton an acre. That is easily a quarter of the average yield for Okanagan Merlot.

Recently, Rasoul led me through a tasting of several wines that these two wineries will be releasing later this year. These are my notes.

Le Vieux Pin 2007 Pinot Noir ($35 approx. in a late spring release of 253 cases). An elegant wine, it presents with a fine deep colour and good weight on the palate, with flavours of raspberry and strawberry. The aromas are still a little reserved but the further time in bottle will bring the wine around. 88-90.

Le Vieux Pin 2007 Pinot Noir Reserve ($45 approx. for a fall release of 270 cases and 30 cases of half bottles). From vines cropped at less than 1.5 tons an acre, this is dark, concentrated wine with good aging potential. It begins with complex aromas of berries and black tea and is almost as rich on the palate as a dark fruitcake. 92.

Le Vieux Pin Merlot Reserve 2007 ($65 approx. for a 552-case release in the fall). From vines cropped at 2.3 tons an acre, this is a bold and concentrated wine with flavours of plum and, yes, earth and chocolate and liquorice. The ripe tannins are still a touch dry on the finish but time in the bottle will resolve that nicely. 90-92.

LaStella Fortissimo 2007 ($28-$32 for a 221 case release). This is a blend of 52% Merlot, 43% Cabernet Sauvignon and 5% Cabernet Franc, all from vines with an average yield of three tons an acre. I agree with the winemaker’s vivid description of the aroma: “mocha, black forest cake, scorched earth and grilled herbs.” On the palate, there are flavours of black currants, cedar and tobacco. The ripe tannins give this a firm, powerful structure and presence. 90.

LaStella Maestoso Merlot 2007 ($75 if ordered before spring release, $85 after). The release of this wine is 213 cases, plus 15 cases of half bottles and 20 magnums. Almost black in colour, this wine begins with an effusive aroma of black currant jam that tries to take over the room. The wine is rich on the palate, with layers of sweet fruit flavours – plums, black berries, black currants. Frankly, this wine will blow you away. 95
Posted by JohnSchreiner at Goodgrog at 4:53 PM