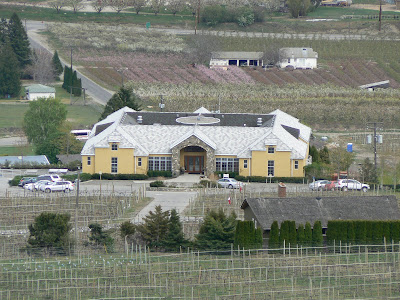 
A potentially devastating blow has been dealt to British Columbia wineries by the Alberta Gaming and Liquor Commission (AGLC), the importer of wine into that province.

It appears that nearly every winery in British Columbia received a chilling letter, dated July 15, from Gerry McLennan, the chief executive of the AGLC. A similar letter was sent to courier companies.

This is the complete text of the letter to wineries:

Re: Illegal Shipping of Liquor into Alberta

We have recently received a number of complaints regarding one or more British Columbia manufacturers who have been shipping liquor (wine) to Alberta directly to customers in contravention of the federal Importation of Intoxicating Liquors Act and the Gaming and Liquor Act and Regulation (Alberta).

All liquor imported into Alberta must be consigned and shipped to the Alberta Gaming and Liquor Commission. Deliveries of liquor from outside of Alberta directly to any other address are in contravention of the federal Importation of Intoxicating Liquors Act and could result in criminal prosecution.

This is the sequel to what happened a year ago when both the Liquor Control Board of Ontario and the Manitoba Liquor Commission sent similar letters to a number of British Columbia wineries, warning them not to continue shipping directly to consumers outside this province. British Columbia liquor regulators supported those moves.

The effect of those moves was to curtail the growing, and significant, volume of sales outside the province through winery web sites.

The AGLC letter delivers the coup de grace to internet selling beyond British Columbia borders. It is a puzzle who would complain: possibly, private wine stores in Alberta who might see direct shipping as competition. More likely, the complainers are other liquor boards.

This is also a blow to wine tourism. Easily a third of the visitors to Okanagan wineries come from Alberta. When they find wines they like, they fill up their vehicles with cases of wine before heading home. Having established relationships with various wineries, they are likely to re-order and then to re-visit.

Technically, it is illegal for private individuals to transport liquor across provincial borders as well. That is rarely enforced but nothing stops the AGLC from asking the police to mount sporadic road blocks. Liquor boards have done that.

This action would have to be especially bad news for those wineries that are owned, in whole or in part, by Albertans. These include Therapy Vineyards, Hillside Estate Winery, Lake Breeze Vineyards, Noble Ridge Vineyard & Winery, Tinhorn Creek, Ex Nihilo Vineyards, Golden Beaver Winery, among others. When their owners, shareholders and friends now order a case or two of wine, they will have to govern themselves “accordingly.”

In fact, this action likely will prove a disincentive to Albertans buying wineries in British Columbia. And there are a number of producers here currently trying to sell.

After the issue of cross-border shipments arose last summer, the Canadian Vintners Association, along with the British Columbia Wine Institute and the Wine Council of Ontario tried to craft a resolution that would preserve internet business.

They made a proposal to the Canadian Association of Liquor Jurisdictions (in effect, the provincial liquor boards). They suggested adopting the policy now in place in the Yukon where consumers fill out the necessary paperwork at a local liquor store, remit the Yukon tax and then have the wine shipped.

The CALJ rejected the proposal, sending the wine industry back to the drawing board. Clearly, the provincial liquor boards all are jealously guarding the stream of taxes they get from wineries. The CALJ’s tepid counter proposal was that liquor boards would seek to streamline the constipated way in which they now handle orders from private citizens.

This is all about tax collection. Direct shipments, for example, to Alberta consumers mean that the AGLC does not collect its minimal mark-up on those wines. Alberta, as we all know, needs more money.

The galling irony of the Alberta action is that it seems to fly in the face of the Trade, Investment and Labour Mobility Agreement, a “freer trade” deal that was concluded in 2006 between Alberta and British Columbia. Unfortunately, the negotiators excluded liquor from its terms.

Perhaps the industry needs to get this before the courts and test whether the federal act, which was passed in 1928, is really valid. It would seem at odds with the Constitution Act of 1867 which says that “All Articles of the Growth, Produce, or Manufacture of any one of the Provinces shall, from and after the Union, be admitted free into each of the other provinces.”

For discussion from a lawyer's perspective, I refer you to this excellent web site: www.winelaw.ca.
Posted by JohnSchreiner at Goodgrog at 4:48 PM

John, thanks for bringing this to light. I tweeted a link to your story. It's important everyone knows about this heavy-handed and manipulative behavious our governments are engaged in.

As an Albertan who frequently travels to the Okanagan and consumes primarily B.C. wine, I find this "law" absolutely outrageous and archaic! This has the potential to damage a thriving industry. Absolutely absurd. No "government" should have this kind of power. They won't be stopping me as long as I can help it!