Culmina doubles up on Grüner 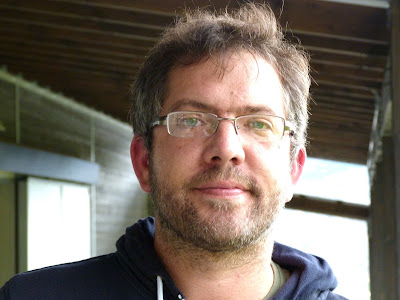 If you cannot get enough of a good thing, you will delight in what Culmina Family Estate Winery has done this year with Grüner Veltliner.

Culmina, which is owned by the Triggs family, was the first Okanagan winery to release a wine from the Austrian white variety, Grüner Veltliner, in the 2013 vintage from its 2011 planting. The wine was released as Unicus, still the name on the label. The wine, at $29 a bottle, is available at the winery and to Culmina’s wine club members.

The 2016 released from the winery include both Unicus and a “Wild Ferment Grüner Veltliner” labelled as “No. 002.” The 42 cases of this wine are available at $37 a bottle, and just to members of the wine club. (The previous wine in this series was a Riesling released as No. 001.)

The latter wine is made from a specific block in the Culmina vineyard. Aside from that, there is no explanation in winery’s notes as to why winemaker Jean-Marc Enixon made two Grüner Veltliners and deliberately differentiated the styles. Just drink and enjoy.

Culmina appears to have triggered other Okanagan producers to plant Grüner Veltliner. Wineries currently releasing this white include Pipe Dreams, Bordertown Vineyards and Chase Wines. Elsewhere in BC, Fort Berens Estate Winery at Lillooet has made trial wines but not for public release; Singletree Winery in Abbotsford has just released its first Grüner Veltliner. And De Vine Vineyards on the Saanich Peninsula was the very first winery in BC to plant the variety in 2008.

The varietal has become popular with North American restaurants, which is why plantings have been increasing in , and .

He gave some thought to Torrontes, the Argentine white, but was not sure how well it would handle hard winters. Grüner Veltliner has a good history of surviving continental climates in central . And there was some anecdotal evidence from where Karl Kaiser, the Austrian-born founder of Inniskillin, planted a small block in the 1970s.

“It was a suitcase clone,” Don suggested. “They had one of those bad freezes and Karl’s Grüner Veltliner and Seyval Blanc were the two varietals that survived the best. So I knew it was winter hardy. The sad part of that story is that when Inniskillin expanded, they pulled it out to increase the parking lot.”

That will certainly not be the fate of Grüner Veltliner in the Culmina vineyard. It would take a mountain goat to negotiate some of the mountainous benches on this Golden Mile vineyard.

There is more to Culmina than Grüner Veltliner, of course, as the current releases show. Here are notes on the wines, include two under the winery’s second label, the R&D Series. The labels show a photo of two young boys. It is a family picture of the Triggs twins, Ron and Don.

Culmina R&D Series White Blend 2016 ($20). This is a blend of Chardonnay, Gewürztraminer and Viognier. The wine begins with orange blossom and citrus. It isa rich on the palate, with flavours of apricot, ripe apple and orange peel and with a hint of spice on the finish. 90.s is a blend of l end of estate grown Chardonnay, Gewurztraminer, and Viognier from all three benches.

Culmina R&D Series Rosé Blend 2016 ($19). This is a blend of Merlot, Malbec and Cabernet Sauvignon. The wine has a pale rose petal hue. It has aromas and flavours of strawberry and cherry. The wine is crisp and refreshing. 90.

Culmina Decora Riesling 2016 ($23). This wine begins with aromas of lime and lemon and delivers a delicious mouthful of flavour, notably lemon with a suggest of peach and apple. Minerality adds to the wine’s disciplined structure and its dry finish. 91.

Culmina Unicus 2016 ($29). The wine was fermented in stainless steel (49%), in a concrete egg (28%) and in a concrete amphora (23%). The wine begins with lovely floral aromas that move on to notes of green melon and grapefruit. A generous dollop of fruit flavours hit the palate, including citrus, green apple and quince, with an herbal note on the crisp finish. 93.

Culmina No. 002 ($37). This wine was fermented slowly, for 59 days in stainless steel barrels with indigenous yeast. In the glass, there is a lovely and appealing perfume. The long ferment has imparted the pleasant yeasty note of rising bread while preserving aromas of yellow plum that are richly echoed on the palate. The flavours are seductively intense, subtly supported with a fine mineral backbone. 95.

Culmina Saignée 2016 ($24). The blend is 73% Merlot, 14% Cabernet Franc and 13% Malbec. The wine is fashionably pale in hue (salmon coloured, the winery says). It begins with aromas of strawberry and nectarine which are echoed on the palate. The finish is dry. 91.

Culmina Merlot 2014 ($31). Bold and dark in colour, this is a textbook Okanagan Merlot, with aromas of plums and black cherry that jump from the glass. On the palate, there is a juicy mouthful of black cherry, blueberry compote and dark chocolate. The 16 months the wine spent in French oak barrels (15% new) has imparted hints of vanilla both in the aroma and in the flavour. 92.

Culmina Cabernet Franc 2014 ($NA). This begins with aromas of red currant and blackberry, leading to brambly flavours with savoury notes of red berries and spicy oak. The wine is tight and brooding and benefits from decanting. 88.

Culmina Cabernet Sauvignon 2014 ($34). The great 2014 vintage has produced superb reds, among them this rich and concentrated Cabernet Sauvignon. The wine begins with aromas of cassis and vanilla and goes on to show flavours of black cherry, plum, fig and dark chocolate. The long, ripe tannins give the wine a satisfying elegance. This is a cellar-worthy Okanagan Cabernet Sauvignon. 93.
Posted by JohnSchreiner at Goodgrog at 8:16 AM