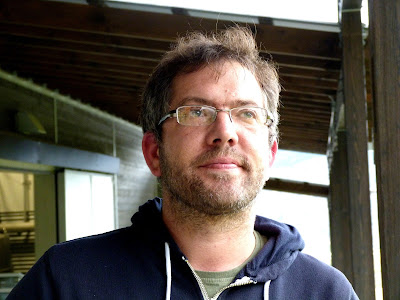 It is a tradition of the Vancouver International Wine Festival that many producers, even though limited to four or five wines in the tasting room, are likely to have an extra wine or two under the table.

The international wineries might be constrained because their wines all come by way of consular privilege. Not every consul will be bothered doing the extra paperwork.

But at the 2017 festival in mid-February, there may be more than the usual number of hidden treats. The theme region is Canada and the Canadian wineries obviously need no consular help to bring an extra wine or two, as long as they navigate the paperwork with the BC Liquor Distribution Branch.

Which brings me to Culmina Family Estate Winery, the Triggs family winery from Oliver, and one of the 60 British Columbia wineries in the festival. The winery will be releasing new vintages, including the 2013 Hypothesis, its flagship Bordeaux red blend. This is just the third vintage of this wine, first made in 2011.

The winery will also show two of the three varietal reds recently added to its portfolio – a Merlot and a Cabernet Franc – plus a few of its excellent whites.

And I am guessing that there might be a few bottles around, unofficially, of the winery’s newest release, the No. 001 Haut-Plateau Riesling 2015. Only 21 cases were made and virtually all was allocated to “Culmina Members” – those who subscribe to the winery’s on-line newsletter.

Culmina, which opened in 2013, began developing its 56-acre vineyard in 2007, with plantings spread over several years. With each year, the vines are maturing and also are more productive. This is enabling the owners, Donald and Elaine Triggs and their daughter Sara, to expand the portfolio at a steady but measured pace.

The winery came to market initially with just Hypothesis, a rosé, and three whites – a Chardonnay, a Riesling and a Grüner Veltliner. In subsequent vintages, Culmina has added two blends: a red and a white under the R&D label. Recently, the winery has begun to release varietals.

(R&D does not mean what you might think; it comes from the initials of Ron and Don Triggs, who happen to be twins. Ron is not in the wine business.)

The Haut-Plateau Riesling is the first of the winery’s so-called numbered series. That series promises to generate exciting wines – the sort of wines that winemakers like to make and that consumers love to taste.

The winery explains the concept this way: “This micro-lot tier showcases specific wines of interest from a given vintage. Intrinsic to the Numbered Series is a lack of continuity vintage to vintage, with each micro-lot assigned its own unique numeral.”

The numbered series are intended to reflect both terroir and innovations in viticulture and in winemaking. “These are wines that we geeked out over in the cellar,” the winery adds.

The grapes for this wine are from “four specially designated rows of Alsatian clone 49 Riesling from Block XI on Margaret’s Bench,” an upper plateau of the Culmina vineyard. The grapes remained on the vines until November 15, 2015, very late in the season. The result is a flavour-packed wine finished with 30 grams of well-balanced residual sugar. The model was an Alsace Grand Cru Riesling.

The opportunity to make wines like this also engages a winemaker’s interest. This wine would have been made by Pascal Madevon, now a winemaking consultant in the Okanagan. When he decided to hang out his shingle early in 2016, Culmina recruited Jean-Marc Enixon who – like Pascal – is French born and trained and who worked (briefly) at Osoyoos Larose Winery.

He was attracted to Culmina by the complexity of the vineyard and the winemaking possibilities flowing from that. “It is one place but with a lot of differences of micro-terroir,” he says. “It is very interesting to have an opportunity in this place, with all these differences.”

He was also attracted by the opportunity to maker white wines, something not done in his previous careers. Osoyoos-Larose also produces just reds and grows no whites in its vineyard.

Jean-Marc was born in 1981 in Charentes, northeast of Bordeaux. “My parents had a chateau on the right bank in Bordeaux, in the Fronsac appellation – Chateau Puy Guilhem.” After he completed his viticultural studies in Toulouse in January, 2005, he took over responsibilities at the château.

“The estate was 15 hectares,” Jean-Marc says. The vines were primarily Merlot, with modest plantings of Cabernet Sauvignon and Malbec. He ran the château for a decade before selling it in 2014.

“After that, I took some time off with my wife, Audrey, and my son.” Jean-Marc says. He spent a year helping other French winemakers before beginning to look for winemaking opportunities in other countries, including Canada.

“My wife did not want to go to South Africa, or something like that,” Jean-Marc says. “Since she is 15 years old, she has a dream to live in Canada. We were just over 30 years old. We wanted to live in another country; that was a good age to do it.”

Osoyoos Larose was recruiting a new winemaker early in 2016 and that was the opportunity Jean-Marc needed to get to the Okanagan. Six months later, he moved to Culmina. “I came here to make white wine and here I have the opportunity to do it,”  he says.

A recent tasting at the winery gave me a second look at Culmina wines that I have already reviewed (all 90 points or better), along with several newer releases.

The whites include Dilemma (a Chablis-style Chardonnay), Decora (a dry Riesling) and Unicus (the winery’s delicious Grüner Veltliner). Previously-reviewed reds were R&D Red 2014, an accessible blend anchored on Merlot, and Hypothesis 2012, an age-worthy Bordeaux red blend. We also tasted the sold-out rosé, Saignée 2015.

Here are notes on the additions to the portfolio.

R&D White Blend 2015 ($20 for 180 cases). The winery’s first white blend, it is 65% Chardonnay; the remainder of the blend is Riesling, Gewürztraminer, Viognier and a dash of Grüner Veltliner. The result is a dry white with good aromatic aromas and flavours of lychee and apricots. 90.

Culmina Merlot 2013 ($31). The wine begins with aromas of spice and plum. Full-bodied, the wine delivers flavours of black cherry, blueberry and plum. The tannins are ripe but still have grip, suggesting a wine capable to cellaring. 91.

Culmina No. 001 – Haut-Plateau Riesling 2015 ($30 for 21 cases). This is a remarkable wine, beginning with aromas of peach and lychee, leading to rich layers of flavour that include nectarines, apples and lychee. The finish is luscious with a lingering residual sweetness. 95.

Posted by JohnSchreiner at Goodgrog at 10:17 AM