Mt. Boucherie Estate Winery is back 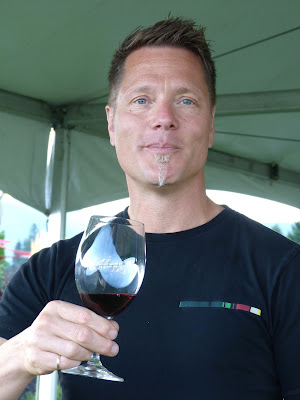 The quantity of its wines suffered but, it seems, not the quality. The winery has underlined that last fall with the release of its flagship red, Summit Reserve 2013, at $50 a bottle. That’s not chuzpah: the wine is worth it.

The winery’s website also shows a wine called Contessa 2013, priced at $89.95 for just over 500 cases. This is a blend 34% Cabernet Franc, 24% Malbec, 21% Cabernet Sauvignon and 21% Syrah, aged 25 months in French oak. It was not available for tasting during a recent winery visit.

One has to applaud winemaker Jim Faulkner and the supporting management team for laying down  markers that say the winery is truly back after a second implosion of the family dynamics at Mt. Boucherie.

The winery opened in 2001. It was then operated by three brothers: Sarwan, Nirmal and Kaldep Gidda. The lengthy profile in my 2009 edition of The Wineries of British Columbia set out the family background:

With refreshing candour,  Sarwan Gidda explains why his family remained grape growers when they bought a vineyard in 1975 with the intention of replacing the vines with apple trees. “It was better money than the apples,” he says. Since that discovery, this Punjabi-born family has acquired about 71 hectares (175 acres) of vineyards, growing both for their modern estate winery near Westbank as well as for several other wineries. It is probable that the Gidda brothers grow more varieties of grapes – including an obscure Russian variety called Michurinetz – than any commercial Okanagan grower.

The Gidda brothers have farming in the blood. Mehtad Gidda, their father, had been a farmer in India until, at the age of 29, he brought his family to British Columbia in 1958. A very hard worker, he laboured at sawmills while investing his savings in orchard property. “Dad wouldn’t let us get into farming until we got educated,” Sarwan remembers. “He thought farming was too hard.” The eldest of the three brothers, he studied business administration. Nirmal earned a science degree and Kaldep, the youngest brother, trained as a mechanic. Now, all are partners in Mt. Boucherie and the vineyards.

That book was published just as Sarwan left the partnership in 2008 to establish the nearby Volcanic Hills Winery with his son, Bobby. Volcanic Hills, with Daniel Bontorin as winemaker, has been operating smoothly since then. 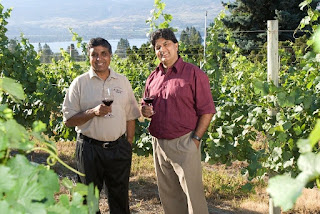 The relationship between Nirmal (right) and Kaldep at Mt. Boucherie unravelled in 2014 and its lender, Farm Credit Canada (FCC), sought a receiver to manage the business. The reasons were set out in a BC Court of Appeal judgement in December, 2014.

“There is discord between the brothers and each has commenced litigation against the other,” Justice S. David Frankel wrote. “FCC commenced these proceedings against the Giddas and their companies because it had lost confidence in the brothers’ ability to conduct their financial affairs in a manner that would protect and maintain the security provided to it.”

Kaldep opposed the appointment of a receiver. When one was appointed, he sought to bar the receiver and a vineyard management company from the vineyards. That resulted in neglect of the vineyards, including not irrigating some, which reduced the winery’s production in 2014 and 2015.

The winery continued to sell wine and operate its tasting room throughout the turmoil, an indication of the fine balance a good receiver can achieve: keep the business running while conserving capital until a new owner is found.

At one point, conserving capital meant that one order of bottles and three orders of labels were cancelled. Unable to bottle some wine in 2015, Jim kept it protected in good storage. Some of the reds now being released spent 22 to 30 months in neutral oak – without any deleterious impact on them.

Jim continued to make wine in difficult circumstances, while turning down several job offers from competing wineries. His dedication to Mt. Boucherie is one reason that the receiver had a viable business to sell last year.
“In my opinion, the receiver was rather balanced,” Jim says. “They just followed numbers that we gave them. It did not affect me that much. There is always accountability to the receiver. I never had a problem with that. I have run nightclubs and I have taken over a few that were in receivership. I bought a house that was in receivership. I have had my fair share of them.”

Jim, who was born in Penticton in 1962, developed an interest in wine during the 19 years he spent managing nightclubs. That interested was cemented when he and his wife honeymooned in Bordeaux in 2000, visiting a number of wineries. “We came back in 2000 just as they needed help at CedarCreek at crush and they were looking for labourers. I remember doing a lot of cleaning and shovelling tanks out – and I really loved shovelling tanks out. I loved the physical labour.”

From there, he moved to Summerhill Pyramid winery for several years before being hired by Church & State on Vancouver Island. He spent three years there, mentoring under Bill Dyer, the legendary California winemaker who had previously launched Burrowing Owl Winery.  “He is a generous, knowledgeable man and a good person,” Jim says. “I learned quite a bit from him.”

Wanting to move back to the Okanagan, Jim joined Mt. Boucherie in 2009. “I think some of the better wines I have made, have been in the last few years,” he says. Mt. Boucherie wines won awards in several competitions even while its affairs were in tumult.

The winery attracted interested from several groups when the receiver put it on the market in 2015. The successful bidder, a group headed by Vancouver businessman Sonny Huang, took over Mt. Boucherie on March 30, 2016. Born in China, Sonny is a long-time resident of British Columbia and a self-made entrepreneur who started with a pizza shop and now is a real estate developer as well an importer/exporter of produce and wine.

Sonny installed a management team headed by Craig McCulloch, a former grocery executive. He also opened the purse. Before the 2016 vintage, Jim was able to install sorting tables for the first time and to order 100 new barrels. Meanwhile, Mt. Boucherie’s 300 acres of vineyards (in the Similkameen, Okanagan Falls and West Kelowna) are being rejuvenated. There are plans to extend the barrel cellar, to replace the tasting room and add a restaurant and boutique hotel. The winery’s ultimate production target is about 50,000 cases of wine.
Here are notes of some current Mt. Boucherie wines.

Mt. Boucherie 2016 Rosé ($19; tank sample for spring release). This is made with Zweigelt grapes. Light skin contact achieves a Provençal pink hue. The wine has aromas and flavours of cherry, strawberry and raspberry. The finish is dry but the weight and juicy texture create a lingering, fruity finish. 90. 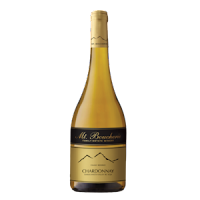 Mt. Boucherie Family Reserve Chardonnay 2013 ($30). This is a big Chardonnay, with buttery aromas and rich marmalade flavours that just fill the mouth. 90.

Mt. Boucherie 2016 Gamay (barrel sample for spring release). The winery has a good following for its Gamay, made in the style of Beaujolais Village wine. This is a dark, full-bodied Gamay with a touch of oak from some of the new barrels. The dominant flavour is cherry and the texture is silky. 88. 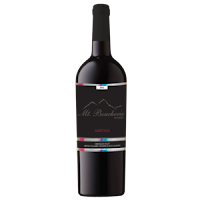 Mt. Boucherie Meritage 2012 ($34.95). This is 74% Cabernet Sauvignon, 26% Cabernet Franc; it was aged 30 months in French oak. The wine still has a firm but polished backbone, with aromas of vanilla, coconut and cassis. On the palate, there are flavours of black currant with black coffee and dark chocolate on the finish. 90. 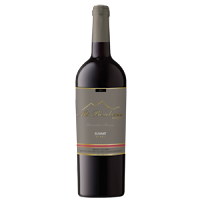 Mt. Boucherie Winemaker’s Reserve Summit 2013 ($49.90 for 1,050 cases). This is 35% Cabernet Franc, 35% Merlot, 22% Cabernet Sauvignon and 8% Malbec. The wine was aged 20 months in French oak. It begins with aromas of blueberry, cassis and vanilla, leading to rich flavours of black cherry and black currant. The long ripe tannins give the wine a full texture and an elegant finish. 93. 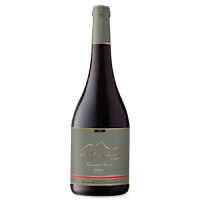 Mt. Boucherie Winemaker’s Reserve Syrah 2014 ($35 for 350 cases). This wine was 22 months in oak (93% French, 7% American). It begins with aromas of pepper, black cherry and licorice, leading to flavours of fig and plum punctuated with pepper on the finish. The texture is full and rich. 92.

Posted by JohnSchreiner at Goodgrog at 3:42 PM