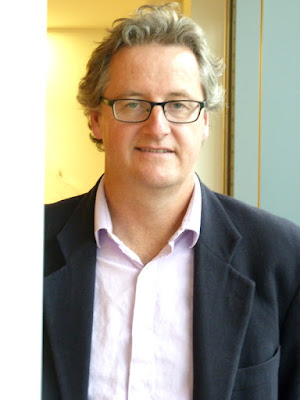 A pre-release tasting of six 2014 Chardonnays from CheckMate Artisanal Winery suggests to me that a 100-point Okanagan Chardonnay is imminent from this winery.

As I consider my notes, I am not sure what is holding me back with my two top scoring wines. Perhaps it is just a reluctance to score so aggressively on wines from just the second vintage from CheckMate.

CheckMate, a winery in Anthony von Mandl’s stable, released its first Chardonnays – from the 2013 vintage – at an exclusive luncheon in New York late in 2015. The release was clearly designed to position these wines as the equal to top white Burgundies. The critics reviewing the wines were virtually unanimous, with scores ranging between 90 and 95.

2013 was a good Okanagan vintage – but 2014 was even better. As well, Phil McGahan, CheckMate’s winemaker and general manager, had a better grasp on his vineyard sources and has refined winemaking practices.

In its mission statement, the winery says: “Our vision is to craft New World Chardonnay with Old World elegance in North America in limited quantities using artisanal winemaking practices. We accomplish this by doing extensive work in the vineyards, delicate processing in the winery, allowing nature to take its course in the wine cellar and by bottling our wines unfined and unfiltered.”

The CheckMate winery is midway between Oliver and Osoyoos, in the location of the former Antelope Ridge Winery. Von Mandl purchased the winery and a portion of its vineyard in 2012. More crucially, he also purchased a neighbouring vineyard. Here, the mature vines included the Dekleva clone from which Mission Hill in 1992 made the legendary award-winning Chardonnay that put the winery on the map.
Control of these vineyards with their 40-year-plus vines triggered the launch of CheckMate and the making of wines that eclipse anything made here before. The Antelope Ridge winery was refreshed with state-of-the-art equipment. Phil McGahan, a soft-spoken Australian and a former lawyer, was recruited to make the wines.

Born in 1969, Phil was raised on a wheat farm in Queensland. He became a lawyer and then became a senior member of a legal publishing house. When city living lost its appeal, he enrolled in the winemaking program at Charles Sturt University.  He completed the course part-time while working, starting with a custom crush winery in the Hunter Valley.  “I worked there four or five years while I finished my degree. It was a good place to learn because we had about 40 clients.”

During that time, he worked the 2005 harvest at the prestigious Williams Selyem Winery in Sonoma. “Once I graduated, I came back [to California] as an assistant winemaker,” Phil says. He was soon promoted, become one of the winery’s three winemakers. Because he was the junior of the three, his career path was limited.

He was ready to move to the Okanagan in 2012 when von Mandl recruited him, giving him the responsibility to redevelop the Antelope Ridge winery and craft world-class wines. “I was at a point when I could have stayed in America, got my green card and hope to advance; or I could take chance,” Phil says. “For me, this has been an amazing experience.”

At CheckMate, he makes just two varietals: Chardonnay and Merlot. The grapes are selected from several South Okanagan vineyards that also produce flagship wines (such as Oculus) for Mission Hill. Phil has direct input in the viticulture of the blocks he selects for CheckMate.

“The winemaking is essentially the same,” he says, comparing the 2014 Chardonays to the 2013s. “I do a mixture of natural and inoculated fermentations. I tend to go more and more to natural. I am probably 70% natural now and 30% inoculated, just for a safety factor. In 2014, it was generally the natural fermentations that were much better and much more expressive than the inoculated ones. That can vary year to year, depending on the effects of the season.”

Four of the Chardonnays are single vineyard wines. One is a co-fermented blend from two vineyards and one is a five-vineyard blend. The grapes all are hand-picked at night, arriving cool to the press at the winery, a technique to preserve maximum flavour and aromas. All the wines are fermented in oak, with the exception of two 600-litre lots that were fermented in concrete eggs. These lots, which also get some time in oak, are in the five-vineyard blend, called Knight’s Challenge, a new addition to the CheckMate portfolio in 2014.

“They are all pretty much 16 months in barrel,” Phil says of the wines. “I took them out of barrel in early February, 2016, and bottled them in March. I gave them a month in tank to come together before bottling. That was the change from the year before. In that year, I took them out of barrel a week or so before bottling.” The oak is very well integrated, never hiding the fruit.

After bottling the 2013s, he visited wineries in Burgundy. “I noticed they were doing that [settling in tank],” he says. “I thought that might be a good thing to start.”

The objective with all of his techniques is to build wines of exceptional complexity. These are certainly capable of aging gracefully in a good cellar, delivering a quality to justify the prices. These are the most expensive Chardonnays from the Okanagan and arguably among the very best.

Capture 2014 ($80 for 150 cases). The fruit is clone 76 Chardonnay from the Border Vista Vineyard on the Osoyoos East Bench, snug against the U.S. border. The wine, fermented entirely with wild yeast, begins with floral and citrus aromas. It is quite expressive on the palate, with apple and citrus flavours mingled subtly with oak. It lingers elegantly on the palate. 94.

Queen Taken 2014 ($125 for 175 cases). The fruit is from the Dekleva Vineyard on the Golden Mile. The 40-plus-year-old vines are just called the Dekleva Clone, after a former owner, because no records remain of the actual clone that was planted. The ferment is 88% wild yeast. Aromas of orange peel and white peach mingle with tropical fruit notes, leading to stone fruit flavours. The fleshy texture gives the wine weight and a long finish. 95.

Knight’s Challenge 2014 ($85 for 200 cases). The grapes – clones 76 and 95 – are from the Sunset Vineyard on the Black Sage Bench, which was planted about 1995. The wine is fermented with wild yeast. It begins with aromas of citrus and peach, leading to flavours of spice and fruit mingled with oak. The minerals on the spine give the wine a little grip. 93.

Little Pawn 2014 ($110 for 475 cases).  The fruit is from the Barn Vineyard which is a neighbour of the Sunset Vineyard. Here, the winery has clone 76 along with Dekleva Clone, which was propagated from original planting on the Golden Mile. Half the wine was fermented with wild yeast, half with cultured yeast. The wine is bold and rich, both in aroma and on the palate. The floral and citrus aromas lead to intense flavours that are buttery, with hints of citrus and vanilla. The finish of this satisfying wine persists. 96.

Fool’s Mate 2014 ($80 for 925 cases). Four clones of Chardonnay from five different vineyards went into this wine. It was fermented with 67% wild yeast, 33% cultured yeast; with 85% fermented in French oak barrels and the rest is two 600-litre concrete eggs. The result is a complex wine with aromas of stone fruit, and melon leading to flavours of citrus, peach and brioche. 93.

Attack 2014 ($115 for 325 cases). Grapes for this wine – clone 76 and Dekleva – were sourced from Barn Vineyard (57%) and Border Vista Vineyard. The wine was fermented with cultured yeast in two 1,600-litre oak foudre; one was new, one was a year old. The wine is both elegant and seductive, with notes of lychee on the nose and palate. The oak imparts a suggestion of spice that supports bright and lively fruity flavours. 96.

Posted by JohnSchreiner at Goodgrog at 9:21 AM