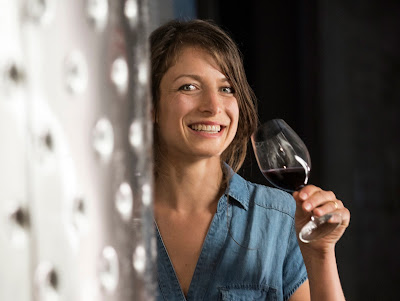 In the past month, CedarCreek Estate Winery has made two momentous announcements and has released perhaps the most original wine ever made here, a Cabernet Sauvignon fermented and aged in a clay amphora.

Two of the announcements were made July 1. Given everything else happening on that day, the news was almost buried until a proper press release was put out two weeks later. Here is what you may have missed while watching the Canada Day fireworks:

Alexis is a great catch. A winemaking graduate of in , she has now worked 16 harvests in vineyards around the world. She started in . She has worked in the at Flowers Winery in , and at Penner-Ash Wine Cellars in .  "What an incredible winemaker!" says owner Lynn Penner-Ash, as quoted in CedarCreek’s news release.

“I never thought I’d leave ,” Alexis is quoted in the news release. “After ten years of successfully establishing roots in the wine world, had definitely become my home. My great love is Pinot Noir and aromatic whites.” That lines up well with the major focus of CedarCreek production now that the winery is part of the quartet owned by Mission Hill proprietor Anthony von Mandl.

He is quoted as describing Alexis as “passionate and intellectual” and someone who “comes with an open mind.”

“And the fact that she is actually Canadian provides an extraordinary and very positive twist in the next chapter of CedarCreek’s proud history as one of the first eight pioneering wineries in British Columbia,” Anthony says. “Indeed what is ’s loss is most definitely ’s gain.”

It will be interesting to see whether her open mind will embrace such venerable Roman technology as making wine in a clay amphora. 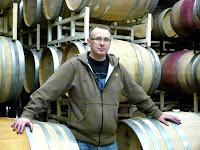 In a commentary with the wine sample, Darryl Brooker (left), who joined CedarCreek in 2010, explained how it came about. “After collecting and trying a range of amphora wines made around the world, I decided to introduce a clay amphora at CedarCreek starting in the 2013 vintage. I sourced and ordered a clay amphora from Chianti in early 2013.”

“The thought process behind this choice was that I wanted to leave the wine on skins for a long time and see what happened to the character of the wine,” he explains in a narrative released with the wine. “The wine was essentially an amphora trial. I decided not to line the amphora with beeswax or any other lining [leaving] completely natural clay in contact with the wine.”

Some 500 kg of berries, which were harvested October 28, 2013, went into the amphora without the addition of either sulphur or acid.

“We sealed the amphora and walked away,” he continues. “My big surprise was how hard it was to do nothing.”

He resisted the temptation to open the amphora and taste the wine. “This would have spoiled the trial,” he explains. “It took immense will power but I held strong and after almost eight months on the skins, we decided to open and press off the amphora. … I was totally expecting the wine to be challenging and potentially spoiled.”

Like a vintner in ancient , Darryl pressed the grapes by foot, perhaps because CedarCreek did not have a basket press small enough. “The wine was exceptionally fresh with amazing earthy herb notes,” his narrative continues. “I was even more surprised by the rich and balanced tannins in the wine; they were not too harsh or extracted. I believe this is due to the high oxygen transmission rate in the amphora, which helped t0 polymerize and soften the wine.”

Deciding against putting the wine in oak, he aged it a further eight weeks in stainless steel and then bottled it, unfiltered and with no additives.

“The amazing part is that this wine has never had any added preservative (sulphur dioxide) and it has not had any yeast or malolactic bacteria added,” the narrative continues. “It is a truly natural wine at 14.8% alcohol. It has no residual sugar or residual malic acid. It is amazingly fresh and I now believe it will have a relatively long life ahead of it.”

The wine, a mere 30 cases, is available at the winery. If you miss the 2013, Darryl repeated this in 2014, using a blend of three varietals to give the wine more complexity.

Time will tell what Alexis puts in the amphora.

CedarCreek Amphora Wine Project Desert Ridge Cabernet Sauvignon 2013 ($52.99 plus tax for 30 cases). Dark in colour, the wine begins with aromas of plum and cherry. On the palate, there is an astounding purity of fruit flavours (cherry, plum, mulberry). The texture is rich and juicy. The wine is so fruity that it needs to be lightly chilled to be at its best, which is very good. Imagine drinking berry pie. 92.

Posted by JohnSchreiner at Goodgrog at 4:29 PM

Thank you John for the post and also the excellent review of our 2013 Amphora Cabernet Sauvignon. We are already all sold out. Just a couple of weeks and 360 bottles are gone. We will all have to wait for the 2014 to be released next summer.