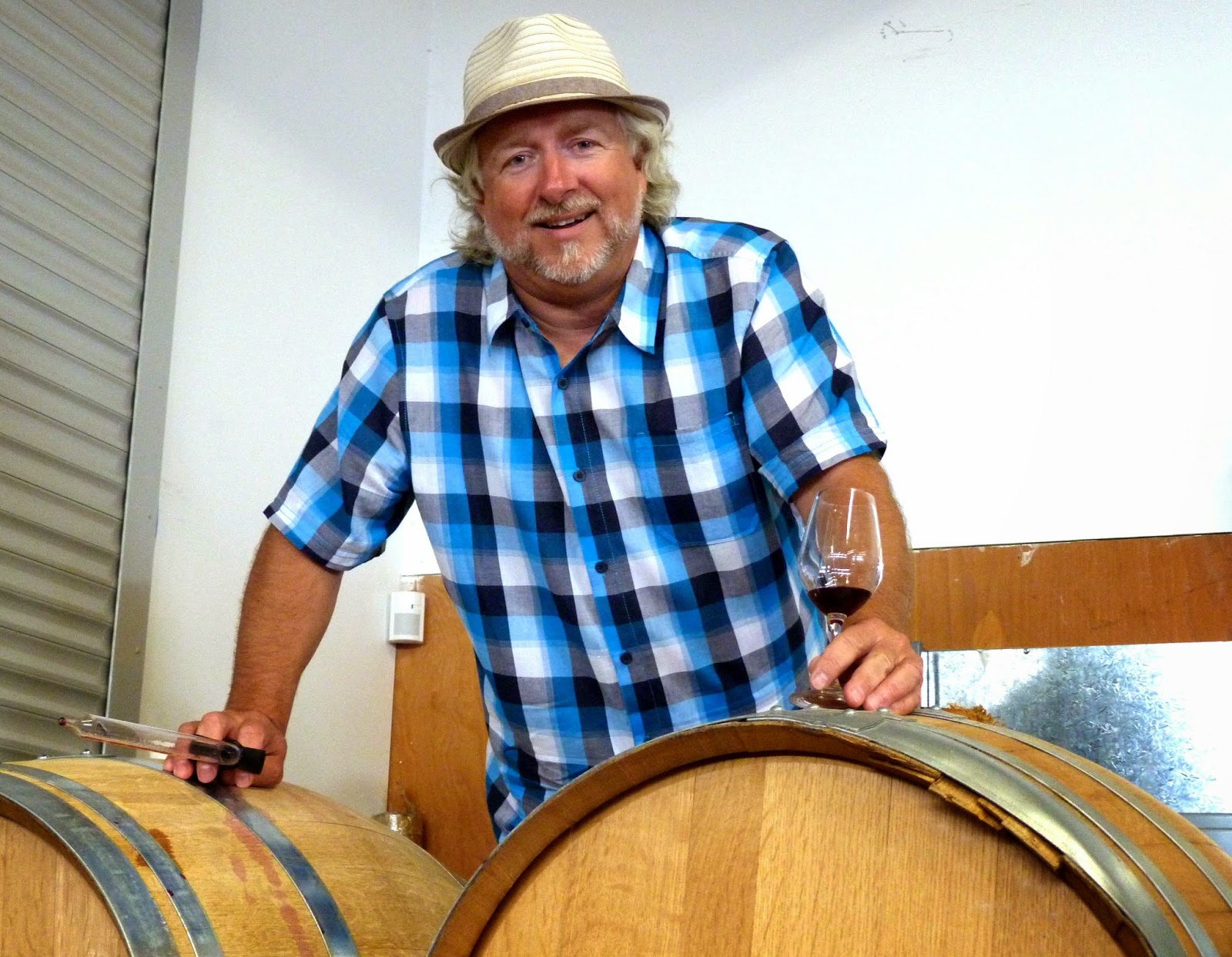 Rick Thrussell, the owner of Sage Hills Estate Vineyard and Winery in Summerland, chose to release his 2013 Pinot Noir on September 17, 2014.

Almost certainly, that release date is premature. It is an excellent wine that has just begun its development in the bottle. However, Rick felt under pressure to release it after his debut 2012 Pinot Noir was something of a sensation.

How much of a sensation?

“I have a fabulous story I like to tell people,” Rick told me recently. “I got a phone call about six months ago from the sommelier at Hy’s Steakhouse in Whistler to re-order wine. She said, ‘This party of six came in and they were from . They asked for the sommelier’. The individual who was head of the party asked for ‘your finest bottle of Burgundian Pinot Noir’.”

The sommelier could not find even one bottle of red in the cellar, never mind the finest. But she grabbed a bottle of Sage Hills 2012 and returned to the party – being careful to crack the screw cap closure before reaching the table. Without showing the label, she poured a taste and stood back for the verdict.

“He picked it up and swirled it around and put it to his nose,” Rick continued the story. “He said, “Ah yes, I know this vineyard very well. This is the Grand Cru vineyard on such and such’.”

The sommelier said no. The guest again swirled and tasted and admitted he was mistaken. “This is the other side of the river,” he ventured. Again, the sommelier told him he was wrong. And when his third guess also proved incorrect, he demanded to know what appellation in the wine was from.

“The sommelier said it is actually here in , in the ,” Rick says. Now, she presented the bottle and poured more wine in his glass. “He took another sip and said, ‘How much of this do you have?’ She said, ‘I have six bottles.’ He took all of them.”

In light of that story, you can understand why Rick released the 2013 as soon as it was drinking well. It is a wine of limited distribution, mostly allocated to fine dining restaurants. However, Sage Hills wine are available in VQA stores.

“Our wines are on the drier side,” Rick explains. “We have targeted the market of very high end restaurants and hotels. That’s what the chefs are looking for and the sommeliers listen to the chefs as to what wines go best with the food.”

Sage Hills is an organic producer. The 11-acre Summerland vineyard was planted in 2007 with – on the advice of a French consultant – just three varieties: Gewürztraminer, Pinot Gris and three clones of Pinot Noir. Rick did not let the vines produce a crop until 2012 when the vines were well established.

Rick also leases two acres of organic vineyard at Covert Farm, just north of Oliver. This is the source of the winery’s Syrah. Sage Hills has had two vintages of rosé from those vines and has a delicious 2013 Syrah table wine still in barrel. He expects to release it this fall at $42.

“Our wines aren’t cheap,” he says. “I believe the success of the BC wine industry is not in making cheap wine. I believe it is in making very good high end wine that can compete with some of the world’s best wines, at a price point that is respectable but still worthy of what you are asking.”

Sage Hills Vineyard Gewürztraminer 2013 ($27.90 for 342 cases). The wine begins with a whiff of lime and grapefruit which carry through to the palate. Of course, there is also spice in the aroma … this is a Gewurz, after all. The fruit favours are both intense and pure. The acidity is refreshing and the finish is dry. The juicy fruit flavours go on and on. 90.

Sage Hills Vineyard Pinot Gris 2013 ($26.90 for 844 cases). Some tasters compare this wine to an Alsace Pinot Gris. It begins with aromas of citrus and toasty lees. The richly textured palate has flavours of pear, citrus and apple with an echo of bready lees. The finish is crisp and dry, with bright but balanced acidity. 91.

Sage Hills Vineyard  Syrah Rosé 2013 ($27.90 for 287 cases). The wine has a lovely rose petal hue, with aromas of plum and strawberry that are echoed in the flavour. A hint of white pepper ties up the dry finish of this elegant rosé. 90.

Sage Hills Vineyard Pinot Noir 2013 ($44.90 for 191 cases). This wine explodes with aromas and flavours of spicy cherry and raspberry with a backbone of minerality. The texture is silky already. Even though the wine is drinking well know, it is several years away from peaking. Cellar this wine if you can keep your fingers away from it. 90-92.
Posted by JohnSchreiner at Goodgrog at 8:27 AM