The bottles now bear some of the spookiest and contentious labels in the Okanagan. Some of their peers thought that Beata and Chris Tolley had taken leave of their senses; but others are coming round to the view that the winery is successfully tapping a new demographic of wine consumers.

The concept behind the label is to develop a story line around colourful local history. When gold was being mined in the southern Okanagan in the late 19th Century, those miners who wanted to take their gold to smelters across the border had to pay a royalty to the Canadian government. Naturally, a lot of gold was smuggled over the border at night, except on nights when the moon was bright. The smugglers came to be called moon cursers.

Everyone who sees these labels talks about them. And that’s the point – to attention to this winery and its wines. The Tolleys had come to the conclusion that Twisted Tree was too bland and too easily confused with other Okanagan wineries (Tangled Vines, Oliver Twist). Nobody gets Moon Curser mixed up.

The labels may be contentious but the wines are not. These are well-grown, well-made wines.  As a general comment on the style, the red wines should all be decanted if you intend to consume them now. These are all wines built to age gracefully for five or 10 years. They may also be either unfiltered or lightly filtered; one of the reds (the Tempranillo) was already throwing sediment. I don’t consider that negative, but rather a sign that Chris Tolley takes pains not to strip flavour and substance from his reds.

Here are my notes on this year’s releases.

Moon Curser Viognier 2011 ($28 for 252 cases). The technical notes on this wine reveal that a remarkable degree of care was taken with these grapes, beginning with pressing them very gently over four hours to avoid extracting bitterness and tannin. Then the juice was fermented at a cool 13 degrees Celsius to preserve the fruit flavours. The wine begins with appealing aromas of Ambrosia apples. On the palate, there are flavours apricot, peach and apple with a hint of ginger. The dry finish lingers. Some of this wine was saved for retasting a second day and the fruit flavours had become even more intense. 91. 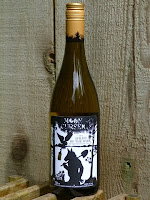 Moon Curser Afraid of the Dark 2011 ($22 for 407 cases). This is a somewhat unusual take on blending a white. The wine is 42% Marsanne, 33% Roussanne and 25% Chardonnay Musqué.  The result is a refreshing, appealing dry white with apple and citrus aromas and flavours, along with a touch of peach. It is all held together with a clean spine of minerals. 91. 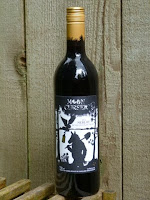 Moon Curser Merlot 2010 ($25 for 348 cases). This wine begins with inviting aromas of blackberry, fig and mocha. There are layers of flavour on the palate – black currant, blackberry, black cherry – with notes of chocolate and nutmeg on the finish. 90. 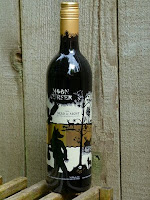 Moon Curser Dead of Night 2010 ($38 for 405 cases). This is a blend of 53% Syrah and 47% Tannat. This winery was the first Okanagan producer (and may still be the only one) with a significant planting of Tannat, a variety found mainly in the south of and in . After releasing the varietal on its own for a couple of vintages, the winery in 2009 began blending it with Syrah and that has proved to be an excellent pairing.

The wine begins with aromas of cherry and plum, supported with notes on pepper, spice and oak. It delivers complex flavours of black cherry, plum, vanilla with an undertone of spiced deli meats. The vibrant acidity of this red suggests that this wine will evolve very well with several more years of cellaring. 90. 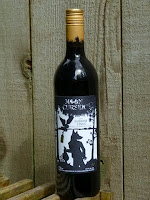 Moon Curser Border Vines 2010 ($25 for 1,909 cases). When this winery still called itself Twisted Tree, this wine was known as Six Vines because it incorporates six varietals. This vintage is 35% Cabernet Sauvignon, 33% Merlot, 15% Cabernet Franc, 7% each of Malbec and Carmenère and 3% of Petit Verdot. The result is a red with considerable complexity, beginning with aromas of currants and other red fruit. On the palate, there are flavours of plum and cherry with notes of spice and earth. The tannins have an intriguing rustic character, adding to the body and concentration of the wine. It needs to be cellar four or five years to really express its potential. 88-92. 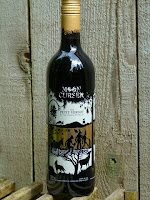 Moon Curser Petit Verdot 2010 ($29 for 124 cases). This wine scored double gold in the All-Canadian Wine Competition this spring. And I managed to spill a glass on the rug, so I can assure you that this is a dark, dark red!

At this stage in its life, the texture is still tight. Decant it if you lack the patience to cellar the wine. It has good aromas of red berries (currants, cherries, raspberries) and these carry through to the palate, with notes of minerals and spice on the finish. 90. 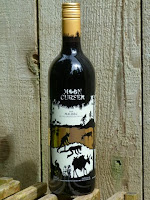 Moon Curser Malbec 2010 ($29 for 201 cases). Another dark wine, it begins with aromas of plum and chocolate. On the palate, it delivers a complex set of fruit and berry flavours – plum, black cherry, currant – with a hint of spice. The wine has a brooding, muscular texture. 92. 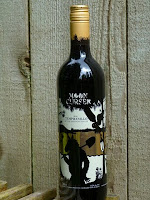 Moon Curser Tempranillo 2010 ($29 for 188 cases). This is one of the rare examples of this Spanish red grown in the Okanagan. An interesting wine, it begins with aromas of cherry, red currant, pomegranate and vanilla. On the palate, there are flavours of sour plum, currants and tobacco. The texture is firm, requiring decanting. 90. 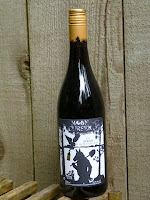 Moon Curser Syrah 2010 ($25 for 572 cases). A dark wine, it begins with aromas of vanilla, pepper and fig. On the palate, there are meaty flavours of black cherry and fig, with an earthy, peppery finish. This is a satisfying Syrah. 90.
Posted by JohnSchreiner at Goodgrog at 1:05 PM

Just returned from a week holiday in Osoyoos. This is my second year visiting this vineyard. What can I say but wow! As an interior designer in the Fraser Valley- the views from the vineyard are both great in and out. This is a must visit each year for me. Last year- Afraid of the Dark was my favourite. This year- Tempranillo 2011 is being enjoyed as I write this. Thanks for letting others know about this very classy and friendly vineyard that I enjoy so much.