Quails' Gate 2015 reds do justice to the vintage 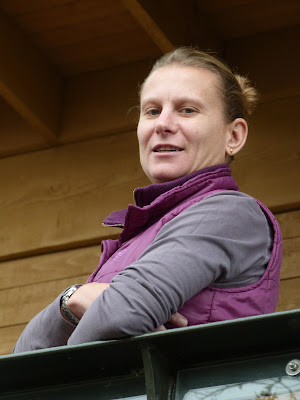 Every glass of wine from Quails’ Gate Estate Winery seems to call for a toast to Richard Stewart, the man who bought this outstanding West Kelowna vineyard site in the 1950s.

He is the father of Quails’ Gate president Tony Stewart and his older brother, Ben, who is better know for his interest in politics but is also involved with the winery.

The Quails’ Gate vineyard is on a long, southeast-facing slope of Mt. Boucherie. The slope catches the heat of the sun all season while the volcanic soils add complexity to the wines.

The flagship variety is Pinot Noir (the Stewarts were the first in Canada to plant a significant quantity of Pinot Noir). That is a cool-climate varietal that does well in the North Okanagan.

What always amazes me is this vineyard also succeeds with Bordeaux reds and Syrah, varieties that do well in the South Okanagan but, at least in theory, should struggle in the north. Generally, they do – except in this special sunbathed terroir.

Let me share a bit of history from my 1996 book, British Columbia Wine Companion, which is out of print.

Stewart, Richard (1926-): A member of a family prominent in Okanagan agriculture almost since the beginning of the twentieth century, Richard Stewart  first planted grapes in 1961 on  property now part of the Quails' Gate vineyards. As well, he formed a partnership with Calona Wines to establish Pacific Vineyards, which leased land from the Westbank Indian Band for a vineyard and bought land south of Oliver for a second vineyard. "We believed there was room for growth in the wine industry," Stewart recalled later. Initially he planted what were then considered the established varieties -- such North American labrusca grapes as diamond, Campbell's early, sheridan and patricia. A nursery in Seattle, one of his suppliers, misidentified a shipment of  what should have been 10,000 diamond vines. Stewart discovered when the vines were growing that he had been shipped chasselas, a vinifera vine that produces  far superior fruit than diamond. "We left them in," Stewart chuckled.

In 1964 he and Joe Capozzi (in the latter's private aircraft) flew to grape-growing areas in and state to choose varieties for the initial Pacific Vineyards plantings the following year.  At Gold Seal Vineyards in , one of the early vinifera growers, they found that the previous winter had devastated the vines. That convinced Stewart and Capozzi to play it safe, planting the more hardy hybrid varieties, including de chaunac, chelois, verdelet and maréchal foch. After managing Pacific Vineyards for several years, Stewart sold his interest to Calona Wines and concentrated on developing the vineyard near Westbank that now supports Quails' Gate.

Maréchal Foch was also one of the first varieties planted at the Quails’ Gate vineyard. Perhaps the success of the Chasselas and then of Pinot Noir led the Stewart family to commit almost their entire site to vinifera grapes.

Except for Maréchal Foch. In 1994, Jeff Martin, then the winemaker at Quails’ Gate, made a big, rich red with those grapes. Without doubt, it was the best Foch made in the Okanagan to that time. The wine developed and has retained a cult following. Quails’ Gate makes an Old Vines Foch Reserve from the West Kelowna fruit and an Old Vines Foch from another old block of Foch the winery owns near Osoyoos. The survival of Foch as a winemaking grape in British Columbia is due largely to Quails’ Gate.

The latest releases from Quails’ Gate, which include two Foch wines, are all reds from the superb 2015 vintage. The current winemaker at Quails’ Gate is Nikki Callaway, Canadian-born and French-trained. She did not put a foot wrong in making any of these wines.

Quails’ Gate Cabernet Sauvignon 2015 ($34.99 for 1,900 cases). The wine presents with a deep purple hue in the glass. Aromas of cassis, mulberry, vanilla and tobacco jump from the glass. Rich and ripe on the palate, it has flavours of black currant, black cherry, leather and cocoa. 92.

Quails’ Gate Merlot 2015 ($25.99 for 4,949 cases). Dark in the glass, the wine begins with aromas of cassis and blueberry. The ripe tannins give the wine a generous texture, supporting flavours of black cherry, black currant and dark chocolate. 91.

Quails’ Gate Old Vines Foch Reserve 2015 ($46.99 for 1,500 six-bottle cases). This dark wine simply envelops you with rich aromas of black cherry, dark plum, dark olives and toasty oak, all of which is realized in the flavours. The wine has a plump texture, with a finish where sweet fruit mingles with coffee on the long, rich finish. 93.

Quails’ Gate The Boswell Syrah 2015 ($54.99 for 585 six-bottle cases). This wine, so named in honour of ancestors of the Stewart family, is sold exclusively at the winery. The wine, aged 18 months in French oak, is almost black in hue – the promise of a rich and ripe red. It begins with aromas of plum, blueberry and vanilla with a suggestion of white pepper. The wine is dense on the palate, delivering flavours of dark fruits mingled with leather and chocolate, supported by good minerality. There is a long, savoury finish. 93.

Quails’ Gate The Connemara 2015 ($59.99 for 240 cases). The wine is so named because Richard Stewart’s father, also Richard, insisted that Connemara was the most beautiful part of his native Ireland. This blend of 30% Merlot, 30% Cabernet Sauvignon and 40% Cabernet Franc is also available just at the winery. By all means, make the trip. A restrained wine on opening, it develops with time in a decanter to show aromas of violets and cassis mingled with a whiff of oak. (The wine was aged 18 months in French oak.) On the palate, there are flavours of dark red fruit mingled with black coffee and tobacco. There is exceptional polish and elegance to this wine. It should be cellared for perhaps another 10 years. 94.

Posted by JohnSchreiner at Goodgrog at 9:46 PM