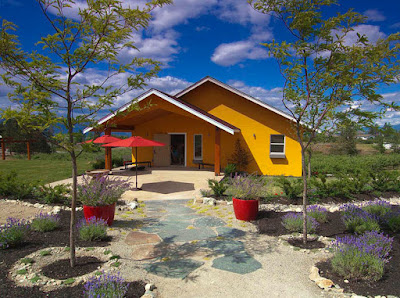 East Kelowna is emerging as premier Pinot Noir terroir in the Okanagan, with SpierHead Winery as a leading exponent of the variety.

In 2015, I asked Bill Knutson, one of the owners, about SpierHead’s commitment to Pinot Noir. The release of two new reds from that vintage sent me back to a review of his reply. It is worth reproducing in full:

Approximately 9 of our 12 planted acres consist of pinot noir.  I’ll tell you a little bit about our clones and our plans for future planting.  My plan is to establish a vineyard with a broad diversity of clones to enable some experimentation with combinations and possibly single clone wines.  In our original 4 acres of pinot noir we have Dijon clones 115, 777 and 828.  We don’t have much of the 828 and as we think it is our most successful performer, we planted another 4,000 x 828 in 2014.  We also added a 4th Dijon clone in 2014.  We put in about 3,000 x clone 667.

This year we will be doing some more planting.  I have some Mt Eden clone coming from California.  It is one of a handful of clones which are referred to as “California Heritage” clones.  These heritage clones are among the original ones identified in California.  Another well known one is Swan.

Having no regard for money or sensibility, we have additional planting plans in 2016.  I would have done it this year except that I couldn’t get the clones that I wanted.  So, in 2016 we’ll be planting an additional couple of acres.  I have a few thousand each of Pommard and Dijon #943.  Pommard is one of the clones that is widely used in Oregon.  It is usually regarded as bringing a spicy element to the wine.  943 is a relatively new Dijon clone which is proving very hard to get ahold of.  It is receiving rave reviews, especially in New Zealand.

While I have not confirmed what was actually planted this year, Bill’s comments create a lot of anticipation about future SpierHead releases when the vineyard is in full production.

SpierHead Pinot Gris 2015 ($19). This wine begins with appealing aromas of peaches and apples, which are echoed in the flavours. Crisp and dry, the wine is refreshing, with a clean focus on the fruit. 91.

SpierHead Pinot Noir 2015 ($25 for 956 cases). This wine is a blend of clones 115, 667, 777 and 828. The wine was aged 10 months French oak barrels and there is still a hint of oak on the palate because it is still integrating with the sensuous fruit. The wine begins with the perfume of cherries and strawberries; that fruit is echoed on the palate. With decanting, the wine shows a velvet texture. To get the best of this wine’s excellent value, give it another year of bottle age. 90-92.

SpierHead Pinot Noir Cuvée 2015 ($35 for 327 cases.). The winery also produced 48 magnums and 12 double magnums of its flagship Pinot Noir. Aged 10 months in French oak, this is a blend of five clones: 30% Pommard clone, 21% each of 667 and 777, and 14% each of 115 and 868. This is an intensely flavoured, masculine Pinot Noir. It begins with aromas of black cherry and a hint of mocha, which is echoed in the spicy, mouth-filling flavours. There is a velvet polish to the generous texture. This wine also will age very well. 93.
Posted by JohnSchreiner at Goodgrog at 11:50 AM