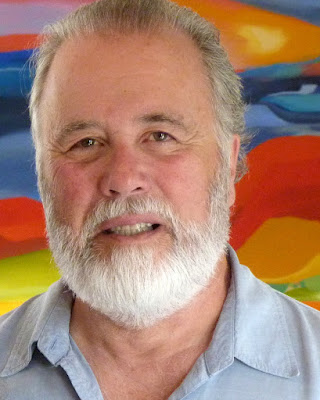 A trademark conflict is causing vinPerdu Cellars of Oliver to change its name to vinAmité Cellars.

Ray defines the new name this way: “vinAmité: Harmony, a meeting of minds, a joining of Old World and New World approaches, a family of wines for family and friends. Living in harmony with each other and with our wines is felt by customers who visit us and get to know our wines.”

The previous name of this winery, which opened its tasting room last year, meant hidden wine. “Only the name has changed,” Ray said in a news release. “There are no changes to our line of fine wines other than their natural evolution over time.”

Trademark conflicts are nothing new in the wine industry. Several recent examples come to mind.

Alderlea Vineyard on Vancouver Island released a red several years ago under the brand, Fusion. The winery seldom produces more than 100 cases of this each year.

Subsequently, an Argentina winery launched a hugely successful wine under the name, Fuzion, selling thousands of cases across North America. Rather than take a David vs Goliath stand, Alderlea’s owner, Roger Dosman, simply sold his brand to the Argentinians and renamed his wine, Matrix.

In the Okanagan, Prudence Mahrer launched Ruby Tuesday Winery in 2009, naming the Naramata Road producer after her favourite Rolling Stones song. Unfortunately for her, there already was a massive restaurant chain in the United States (with one outlet in Niagara Falls) called Ruby Tuesday.

When their lawyers wrote Prudence, her first instinct was to fight them. However, financial prudence prevailed and she switched her winery’s name to Ruby Blues. The name change appears not to have had any impact on the throngs of consumers in the winery’s parking lot.

Bertus Albertyn, the winemaker and co-proprietor at Maverick Estate Winery, has had lightning strike twice. He called his flagship red blend Rubicon even though a California winery had operated as Rubicon between 2006 and 2011 when the owner, Francis Ford Coppola, changed it to the historic name of Inglenook.

Bertus got no kickback from Coppola about Rubicon. However, Meerlust Estate in Stellenbosch, South Africa, also has a red called Rubicon which, according to South African wine writer John Platter, is “among SA’s original Bordeaux-style reds.” Having trained in Stellenbosch, Bertus would have been aware of the wine but also counted on the fact that Meerlust is not in this market.

Then Meerlust had a recent ownership change and the new owners took a more aggressive stance on protecting the brand globally. Maverick changed the name of its wine to Rubeus. To paraphrase Ray Coulombe, nothing else has changed: it still is one of the best red wines in the Okanagan.

Bertus also named Maverick’s port-style wine Sofia, after one of his children. This time, he heard from Coppola, who has a line of wines in California under the Sofia label. Bertus now calls his wine Fia.

As anyone in the industry will tell you, if is increasingly difficult to come up with original names for wines or wineries that have not already been trademarked. A winery owner in Washington State once complained to me that “the car companies own all the best names.”

Even a wine writer can get tangled in trademark issues. I was once dragged into a dispute between an Okanagan winemaker no longer in business and an Oregon winery called Sokol Blosser over a trademark called Evolution.
The Canadian producer had trademarked a package, not a wine, as Evolution. When he tried to get Sokol Blosser to cease and desist, the Americans hired a crackerjack trademark lawyer to research how actively the Canadian was using the brand.

The lawyer phoned, among others, several wine writers. I don’t know what others said. I did not think the Canadian Evolution was still in the market. In fact, I had to be reminded that the package had won an award in 2005 at an industry lunch I attended.

The Canadian winery owner was incensed that I had, without meaning to, undermined his case against Sokol Blosser. He never spoke to me again.

Posted by JohnSchreiner at Goodgrog at 11:12 AM