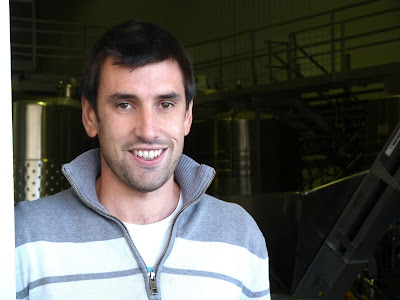 Three vintages of Osoyoos Larose Winery’s flagship Le Grand Vin were released during the past 12 months.

The latest release, from the 2012 vintage, is one of the finest ever since the first vintage was made in 2001.

Multiple releases in such a short period are unusual, especially for a wine like this which benefits so obviously from bottle age. What Osoyoos Larose did was in response to its unusually low production volumes in 2010 and 2011.

The winery was able to keep some Grand Vin in the market by early releases. That retained Osoyoos Larose’s place on wine lists and among allocated customers. These days, consumers have a lot of fine wines to choose from. Nature abhors a vacuum and so do restaurant wine lists.

The 2010 and 2011 vintages in the Okanagan were cooler than normal. Pascal Madevon, who was then the winemaker, took early defensive action. He dropped a lot of grapes in mid-season to make sure the remaining crop ripened properly.

Production rebounded to 6,500 cases in 2012, a year in which growing conditions were favourable from flowering through harvest.

None of those figures include the production of the winery’s second label, Pétales D’Osoyoos, which has been produced every year since 2005.

The current winemaker is Mathieu Mercier, who took over from Pascal in 2013. He arrived in time to blend the 2010, 2011 and 2012 wines, since the five components in the Le Grand Vin blend spend 18 to 20 months aging separately in barrel before being combined.

Born in in 1988, Mathieu has degrees in viticulture and enology, along with a winemaking résumé that includes several distinguished producers as well as vintages in and .

His recruitment to Osoyoos Larose more or less coincided with the consolidation of the winery’s ownership. Initially, it was a joint venture between Vincor International and ’s Groupe Taillan. A few years ago, the partners bought the 50% interest held by Vincor’s successor, Constellation Brands.

Osoyoos Larose continues to make and cellar its wine in the Jackson-Triggs winery at Oliver. However, plans are underway for a tasting room and a new production facility somewhere near Osoyoos.

There are indications that Mathieu may tweak the Osoyoos Larose style, making the wine a little more accessible when young without sacrificing its longevity. In the past three vintages, he has done trial lots of barrel-fermented red varietals. The barrel samples I have been able to taste have been impressive. I don’t know where those trial lots have ended; very likely into Pétales for the time being.

Mathieu has had better vintages to work with since arriving in the Okanagan. During a recent visit and tasting at the winery, I was quite impressed with barrel samples of the five component varietals that will make up the 2014 blend. That is a wine we should anticipate eagerly.

Here are notes on this year’s releases.

Osoyoos Larose Le Grand Vin 2012 ($40). Merlot 50%, Cabernet Sauvignon 24%, Petit Verdot 13%, Cabernet Franc 9%, Malbec 4%. Production 6,500 cases.  The wine begins with aromas of vanilla and cassis and continues with flavours of black cherry and black currants, along with hints of espresso and dark chocolate on the finish. The wine has great elegance and polish. 94.

Osoyoos Larose Le Grand Vin 2011 ($40) Merlot 48%, Cabernet Sauvignon 33%, Petit Verdot 10%, Cabernet Franc 6%, Malbec 3%.  Production 3,000 cases. The wine begins with aromas of cassis and spice, leading to flavours of black currant, mulberry, espresso and dark chocolate. The tannins are polished but firm. There is a hint of cedar on the finish. 92.

Osoyoos Larose Pétales D’Osoyoos 2012 ($24.49). This is a blend of 67% Merlot, 16% Cabernet Franc, 15% Cabernet Franc and one percent each of Petit Verdot and Malbec.  This wine is made to be consumed earlier that Le Grand Vin, which is one reason for the high Merlot percentage in the blend. The wine begins with aromas of cassis and black cherry. It is juicy in texture and full-bodied, with ample red fruit flavours and ripe tannins. Aging this wine in used French oak, not in new barrels, contributes to the accessibility and the bright fruit. 91.
Posted by JohnSchreiner at Goodgrog at 8:40 AM