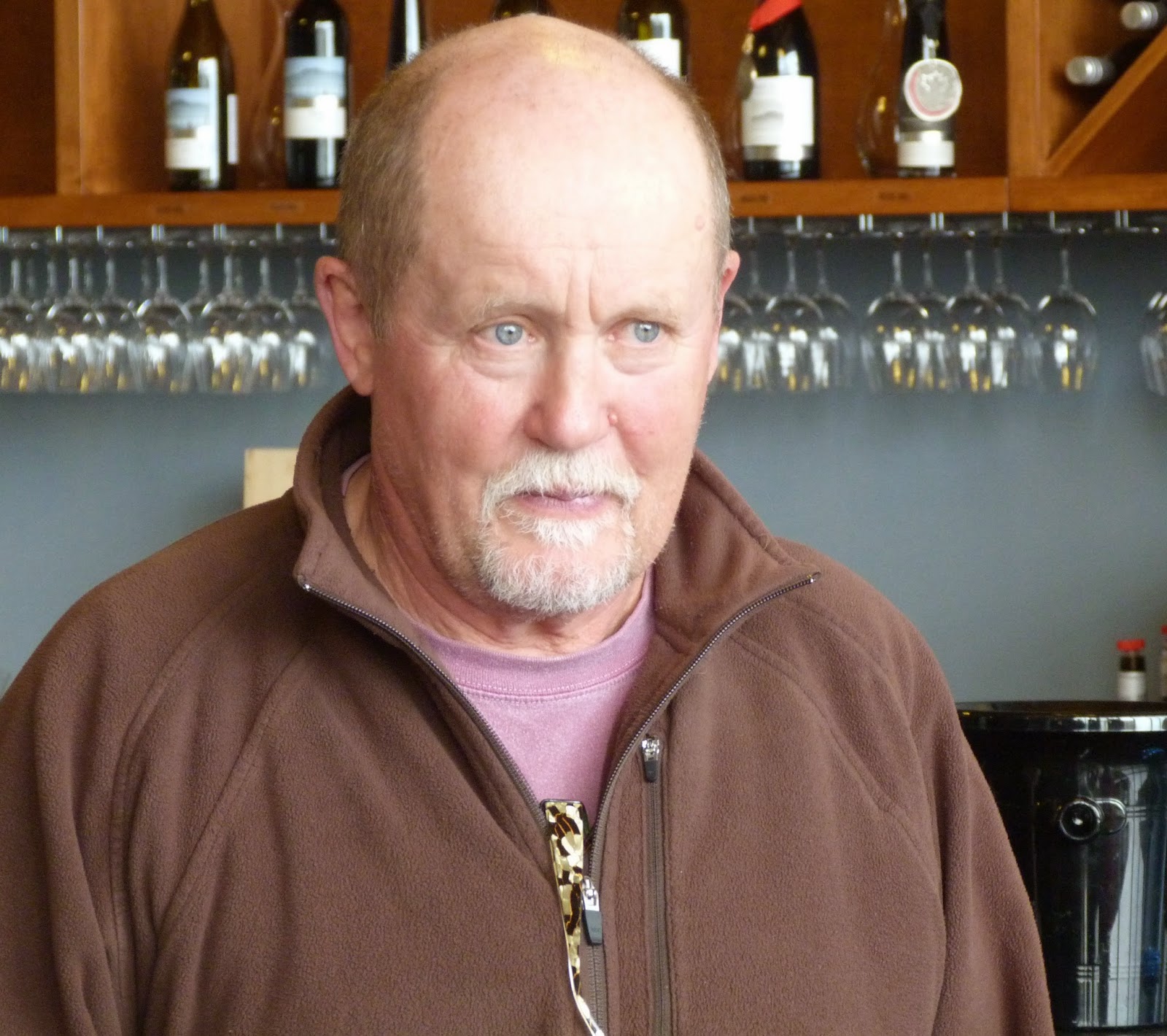 Recently, Averill Creek Vineyards proprietor Andy Johnston hosted a rare vertical tasting of every Pinot Noir made at his winery between 2005 and 2012.

All of those who attended had tasted some of Andy’s Pinot Noirs but none had tasted them all. It is unlikely that anyone not living on would have been able to collect such a vertical. It is hard to find wines anywhere else.

That is unfortunate. These are impressive wines from a terroir that, arguably, suits Pinot Noir.

“I think it is fantastic that we can make these wines in the ,” Andy says. “I feel they have more elegance and complexity than most Okanagan Pinots. The style is very different from the Okanagan.” Andy’s views have mellowed: he once argued that the Okanagan is too hot for Pinot Noir. He now admits admiration for several Okanagan Pinot Noir producers.

Before he became a grape grower, Andy was a doctor. Born in in 1947, he came to in 1973 and practised medicine in for about 30 years. In the 1990s, concluding that “there are only so many patient visits in me,” he decided to switch careers. He prepared by working vintages over several years in , , and .

While doing that, he acquired a property north of , on the fairly steep southward slope of . He began planting vines in 2002, devoting a third of the 12-hectare (30-acre) vineyard to four Pinot Noir clones. He began making wine at Averill Creek in 2005. A winemaker helped him in that vintage. Since 2008, his winemaker has been Daniel Dragert, a Vancouver Island native with a winemaking degree from in .

“Daniel is very much on my wave length – or I am on his wave length – in terms of the style of the wine we want to make,” Andy says. “He’s a very natural winemaker. He just tastes the grapes, he tastes the wine and he knows what he wants to do with it. We discuss it but he is spot on every time. I don’t have to worry about it.”

What he needs to worry about is the variable climate of . This shows in the dramatic production swings from vintage to vintage.

“You have got to go with what the Good Lord gives you each year,” Andy explains. “You cannot make a formulaic wine in the because there is so much variation in the years.”

He offers an example of the 2013 vintage.

“We had a major disaster because on September 14, we had a huge rain storm,” he recounts. “The Pinot was at that very delicate stage where it was about ready to be picked. A tremendous amount of fruit was knocked off the vines. We lost six or seven tons in one night. We ended up picking after that. It didn’t rain for much of October, so what we got eventually was lower in quantity but really high in quality.”

While the climate is variable, Averill Creek’s Pinot Noirs still show a remarkable consistency in style from year to year.

“I love the development of these wines from 2012 back to 2005,” Andy said at the end of the tasting. “These are all Averill Creek Pinot Noirs. The identity is there. I am really pleased with that.”

The Averill Creek Pinot Noir currently in the market is the 2010, modestly priced at $26 a bottle. Look for the 2011 later this year. The winery also still has 2009 Reserve available at $70.

2005 Pinot Noir: This wine is at its peak, but what a peak! It is an elegant, feminine wine with strawberries and raspberries in both the aroma and palate.

2006 Pinot Noir: A tasting group favourite, this is a savoury wine with aromas of black berries and leather that are echoed on the silky palate.

2007 Pinot Noir: While oak is rarely obvious in Averill Creek’s Pinot Noirs, the appealing toasty notes in the aroma and palate seem to suggest there was a toasted barrel in the mix this vintage. It also accentuates the quite Burgundian “forest floor” flavours in the wine.

2008 Pinot Noir: This is a fragrant wine with aromas of dried cherries and violets; there is strawberry and raspberry on the palate, with an earthy finish.

2009 Pinot Noir: This full-textured wine appeals with ripe flavours of cherry and plum.

2009 Pinot Noir Reserve: There is more of everything here ... more power, more ripe flavours. The wine was made from grapes picked a few weeks later than the regular Pinot Noir. The winery then cherry-picked the best barrels to make a very impressive wine. So far, it is Averill Creek’s only reserve Pinot Noir, although there likely will be a reserve from 2014.

2010 Pinot Noir: This wine has an intriguing note of white pepper on the nose and on the palate, along with bright flavours of cherry and raspberry.

2011 Pinot Noir: This was a difficult, cool vintage but Andy pulled of a good wine by being brutally disciplined with crop load. He had to drop so much fruit through the season to ripen the grapes that Averill Creek’s vines yielded just ¾ of a ton per acre. At that production, Andy may well be losing money on every bottle of this vibrant, spicy Pinot Noir.

2012 Pinot Noir: Consumers will not see this wine until 2016 – but Andy is sending it to competitions this year to see “what the world thinks.” It is a terrific wine – aromas of spice and cherry that repeat on the palate. This is a wine with lots of finesse and ability to age.
Posted by JohnSchreiner at Goodgrog at 2:46 PM