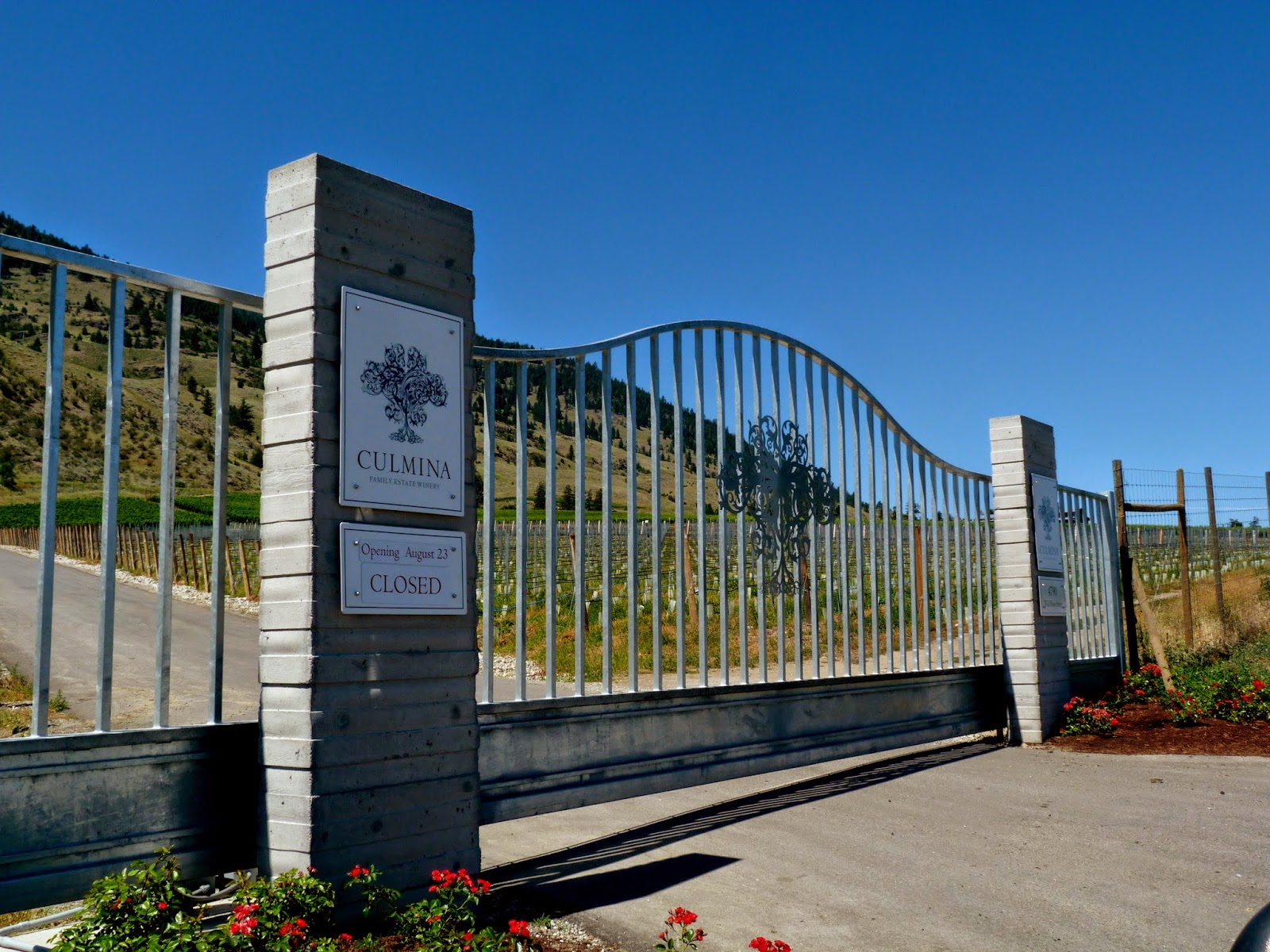 Culmina Family Estate Winery enjoyed two advantages in the 2012 vintage that it did not have in 2011, its first vintage.

The first: 2012 was the riper vintage in the Okanagan. The second: the wines were made in a new and well-equipped winery whereas the 2011 vintage was made in a garage. The debut wines were very good but it is no surprise that the 2012s are better. 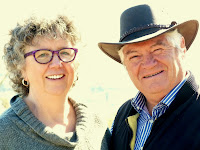 Culmina is the winery opened on the Golden Mile Bench by Donald and Elaine Triggs (right) and their daughter, Sara. Development of the 56-acre vineyard began in 2007, a year after Vincor International – where Don was the CEO – was taken over by Constellation Brands.

Retirement did not appeal to him when there was an opportunity, he believed, to start a new winery that might raise the bar for winegrowing in the .

“We are trying to achieve the very best we can from our terroirs and our vineyards,” he says. “We wanted to find a site that could consistently ripen varietals. We knew we needed degree days between 1,550 and 1,580. We looked at five sites from Naramata right down to the Osoyoos border before we picked the site that we are on now.”  The major benches at the Culmina vineyards average about 1,600 degree says while the highest bench, where the winery has Chardonnay, Riesling and Grüner Veltliner, is cooler, with Burgundian degree days.

The Triggs family has spared no expense on a vineyard that is expected to deliver superior grapes.

“We are not farming one large vineyard of 56 acres,” Don says. “We are micro-farming 44 individual blocks. We selected the size of the block [to achieve] uniformity of the soil. Our French consultant matched the rootstocks to each specific block, so we can ripen the vines perfectly on each block. We are farming blocks that average 1.2 acres – the largest would be three acres, the smallest is half an acre. Some of the blocks are smaller than the back yard of your house.”

Irrigation is tailored to the blocks. “We are using a very sophisticated vineyard monitoring system, the first in BC, which allows us to monitor soil moisture at five different levels down in the ground,” Don says. “Our vineyard has 108 valves managing 56 acres; so we have a valve for every half acre. It allows us to water each block precisely according to its needs.”

The family’s willingness to spend what it takes for superior results lies behind the name of the Chardonnay: Dilemma.

When Don bought the property, there were Merlot, Cabernet Sauvignon and Chardonnay vines that the previous owner had planted in 1993 and 1994. That presented a dilemma: should they keep the old vines, since old vines are supposed to give better quality grapes; or should they replace the varietals with better clones on better rootstock?

The Chardonnay vines performed better, producing the grapes for both the 2011 Dilemma and the 2012 Dilemma. But those 20-year-old plantings also will be replaced when the new plantings come into production. However, it is likely that the Dilemma brand will continue for Culmina’s Chardonnay.

Hypothesis also seems to be establishing itself as the proprietary brand for Culmina’s blend.

In February, Culmina released three wines from 2013 as well: a Riesling called Decora; a Grüner Veltliner called Unicus; and a rosé called Saignée. These wines have previously been reviewed and are now sold out, or nearly sold out.

Here are notes on the newly released team of 2012 wines.

Culmina Dilemma 2012 ($28). Some 85% of this spent a year in new French oak barrels; 15% was raised in stainless steel. Burgundian elegance is the model here. The wine begins with toasty aromas of lemon and apple, delivering rich flavours of tangerine subtly touched with notes of the new French oak in which the wine was fermented and aged for 12 months. About 15% was fermented in stainless and only 60% went through malolactic fermentation. As a result, the flavours are crisp and fresh. Delicious now, the wine also will develop more complexity with several more years of aging. 91.

Culmina Hypothesis 2012 ($44). This is 57% Merlot, 24% Cabernet Sauvignon and 19% Cabernet Franc. It was aged 16 months in French oak (70% new). The blend here is a significant departure from 2011, which was 40% Cabernet Franc, 36% Merlot and 24% Cabernet Sauvignon. The 2012 presents a fuller, juicier arrays of flavours and textures. It has aromas and flavours of spicy black currant, along with red plum and toasted oak. The 16 months this wine spent in French oak (70% new) has polished the ripe tannins. The finish is elegant and persistent. The winery estimates the aging potential is five to 10 years. 92-94.
Posted by JohnSchreiner at Goodgrog at 12:12 PM