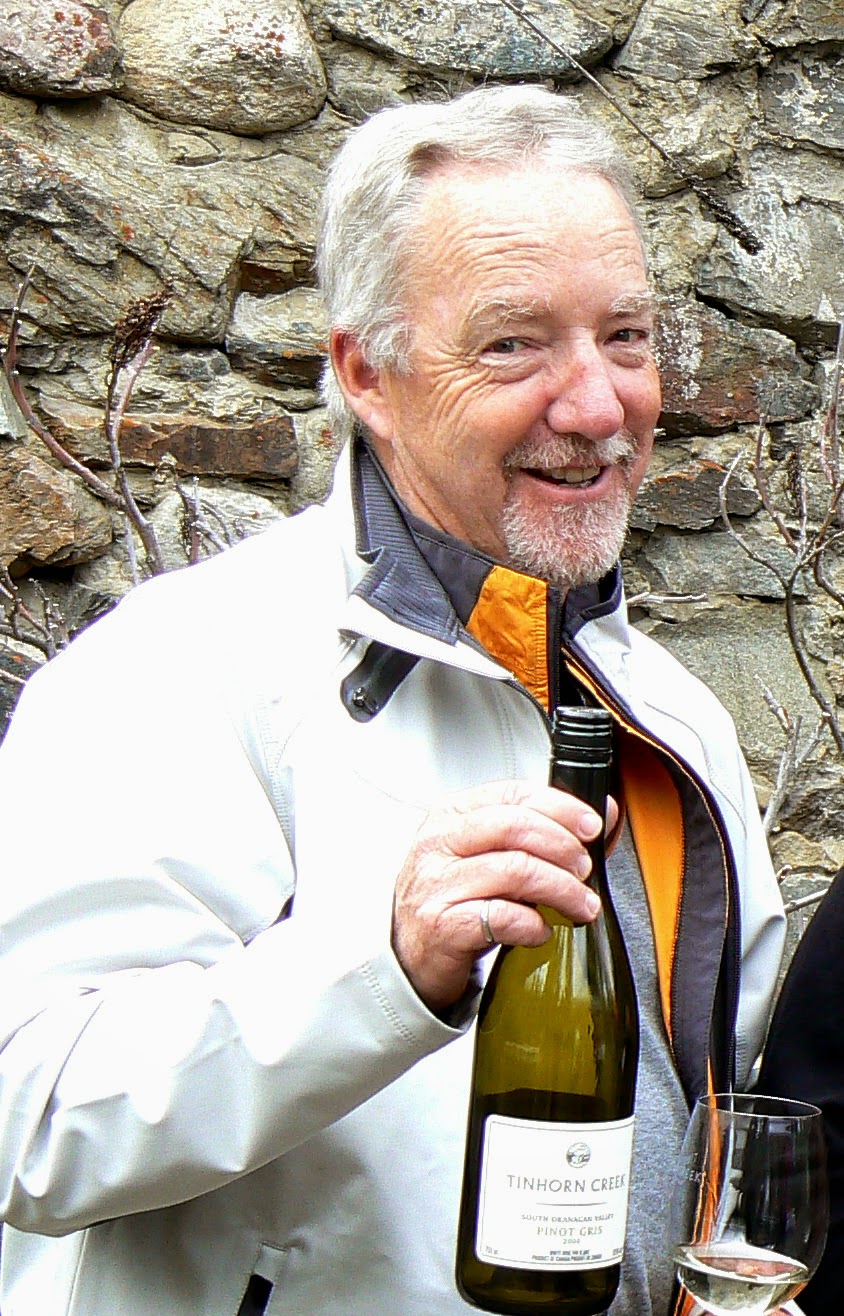 Pinch yourself: the B.C. wine industry has emerged from its teen years.

A case in point is Tinhorn Creek Vineyards, which celebrates its 20th anniversary this year.

When I look back at my first edition of The Wineries of British Columbia, which was published in 1994, I am struck by how many wineries today are 20 years old or older.

Two of the 40 never opened. One was a figment of the ambition of a romantic with no money. The other was a vineyard developed by a businessman, who changed his mind. That was the first of many vineyards purchased in 1996 by Mission Hill.

The final chapter of the book was entitled “They Keep Coming.”

“The vitality of wineries is truly astonishing,” I wrote. “Throughout the eighteen months in which this book was being researched and written, new winery projects emerged … almost every month.”

As Yogi Berra said, it still is déjà-vu all over again. In the 20 years since that was written, new winery launches have never stopped and surprising few have fallen by the wayside. Only two of the wineries in the 1994 book are closed totally: Peachland’s A&H Vineyards and ’s Bella Vista Vineyards. And even the latter may yet re-emerge because the vineyard is still growing grapes.

Today, there are about 240 producers in , including cideries, fruit wineries, meaderies and sake makers. And they still keep coming.

I suspect that whenever consumers become bewildered at the available choices, they fall back on the brands they have become comfortable with.

Tinhorn Creek is certainly one such brand. It was established primarily by Robert Shaunessy, a successful oilman. He was going into the wine business for the right reason: if run well, it is a successful business.

He began buying and planting vineyard property in 1993 in spite of the abiding pessimism about Okanagan winegrowing. Two thirds of the vineyards had been pulled out in 1988 as the industry rid itself of mediocre grapes unlikely to compete in the new free trade environment.

“There’s money to be made in this business – in a new revitalized wine business,” Robert told me in 1994. “Anytime there’s a massive change in a business, there’s an opportunity for someone who is relatively quick and can capitalize on the changes.”

I am toasting the success of his contrarian thinking by tasting the Oldfield Series (or reserve) Merlot that the winery will be releasing this fall.

The winery has long been regarded a strong Merlot producer. When its vines became mature, it began releasing a reserve as well as a regular Merlot. The reserve originally was called Oldfield’s Selection, from winery manager Kenn Oldfield and winemaker (and now winery president) .

The 2001 Oldfield’s Selection Merlot was used to make a point when the winery wanted to switch the screw cap. A portion was bottled under screw cap and a portion under cork. The winery sold two-bottle packs (one of each) so that consumers could judge for themselves which closure is best for aging the wine.

When the consensus backed screw cap, the winery switched its entire production to that closure.

I still had a bottle with a screw cap and decided I would taste it next to the 2011 reserve. The 2001 reserve is also an impressive wine.

Tinhon Creek Oldfield’s Collection Merlot 2001. The rules allow a wine to be released as a named varietal with up to 15% of other varietals in the blend. It is a good rule that enables the winemaker to build in a little more complexity. This wine is 86% Merlot, 13% Cabernet Franc and 1% Syrah. A decade in bottle has integrated these flavours into superb harmony. The first surprise about this wine is how vibrant the colour is; there is barely a trace of the browning that often comes with age. The aroma includes cassis – almost black currant jam. On the palate, it has flavours of blackberry and currants with a delicious hint of cherry, mocha and spice on the finish. There is still enough firmness to the tannins to carry this another year or two even if it is drinking very well now. The 14.8% alcohol is part of the robust ripeness of the wine. 91-92.

Tinhorn Creek Oldfield Series Merlot 2011 ($29.99 for fall release). This wine is 89% Merlot, 9% Cabernet Franc and 2% Syrah. The junior partners being something to the party, as always – a touch of spice in the aroma is almost certainly the Cabernet Franc while the Syrah adds a hint of leather on the finish. The flavours are all about Merlot – black currant, blueberry, blackberry. The full texture in the mouth reflects the Merlot and the silky tannins developed in barrel and in bottle aging. The hint of sage on the finish is quintessential . Alcohol is 13.8%. This is an elegant red with the ability to develop another 10 years in the cellar. 92-93.
Posted by JohnSchreiner at Goodgrog at 2:47 PM