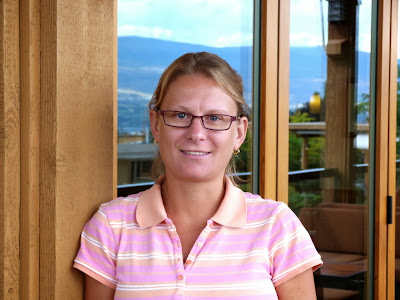 Two Okanagan wineries are elated at the news that Mission Hill Family Estate Winery emerged from this year’s Decanter Wine Awards with a huge accolade for its Martin’s Lane Pinot Noir 2011.

One is Mission Hill. Proprietor Anthony von Mandl told the Kelowna Capital News that he was “totally shocked when I learned our Pinot Noir was named best in the world.”

The other? Quails’ Gate Estate Winery which now employs Nikki Callaway, the winemaker who made the Martin’s Lane Pinot Noir.

The Decanter Award actually reads that the Martin’s Lane wine was “best in class” for Pinot Noirs under Pinots under £15. Nevertheless, it is a major award for a winery that is a relatively recent entry into the production of premium Okanagan Pinot Noir.

“I am still in awe,” Anthony told the newspaper, “that a wine from the still emerging could win against the best Pinot Noir in the world from , , and . It is a seminal moment for the entire Canadian wine industry.”

I reviewed the wine in July and I repeat here what I said about it.

California writer John Winthrop Haeger, who is now at work on a Riesling book, published North American Pinot Noir in 2004. was the only Okanagan winery to get a full profile. “Most [other wineries] are in the position of Mission Hill, where management is at the point of trying to decide ‘whether to get really serious’ about pinot,” he wrote.

That decision has been made. “Our push in the last five years has been on Pinot Noir,” says Ingo Grady [a senior Mission Hill executive]. That has included planting about 30 acres at two vineyards and another 30 at Naramata Ranch. Nikki Callaway, one of the winemakers in the team under head winemaker , has been given specific responsibility for making Pinot Noir.

“And there is talk about building a Pinot winery at the Ranch,” Ingo says.

Martin’s Lane Pinot Noir 2011 ($45 for 485 cases) is a blend of four clones from Mission Hill and Naramata Ranch vineyards. The wine has an appealing deep hue and aromas of strawberry and raspberry. The texture is concentrated but silky, with flavours of cherry, blueberry and spice. (91.)

At the time that blog was being written, Nikki was moving from Mission Hill to Quails’ Gate, replacing winemaker Grant Stanley. Judging from the Decanter Award, Quails’ Gate has quite a catch. Quails’ Gate is already one of the Okanagan’s oldest and best producers of Pinot Noir. The winery has a huge focus on Pinot Noir as well as on Riesling, another one of Nikki’s specialties at Mission Hill.

Born in in 1982, Nikki is the daughter of a physician who worked for many years in and . Nikki lived in for 10 years until she was 14 and had completed elementary school. At that point, her family moved to so she could complete high school.

She came back to f0r a bachelor’s degree in microbiology at the . She had not mapped out a career path although she was interested in wine. “Dad talked me out of medicine,” she recalls. “He thought I would have more fun drinking wine.”

So she went to in 2004 and picked grapes for two months while checking out French wine schools. She chose the and graduated in 2007 with a Diplôme National d’Oœnologue (in spite of a chauvinist professor who kept trying to make her cry).

The winemaking program included hands-on cellar work in French wineries. Upon graduating, she worked about five months in a French winemaking co-operative. Then she went to to do a crush there before returning to and doing another crush at a winery.

She might have stayed in but she could not get a work visa. So she returned to in 2009 where Mission Hill offered her a four-month job. “It turned out to be four years,” she says now.

If she were being interviewed today, she probably also would give more credit to what she learned about making Pinot Noir and Riesling at Mission Hill.

At Quails’ Gate, Grant had established an elegant style of winemaking. “There is no real reason to make any drastic changes,” Nikki says. In the future, however, there might be a more distinctive difference between the “regular” and the reserve wines.

One thing she gets to do at Quails’ Gate which she was not allowed to do at Mission Hill is ferment some wines with indigenous yeasts. In his 10 years at Quails’ Gate, Grant Stanley made increasing use of wild yeast fermentation. Nikki is comfortable with this because her thesis for her winemaking degree was on yeast analysis.

Posted by JohnSchreiner at Goodgrog at 4:04 PM