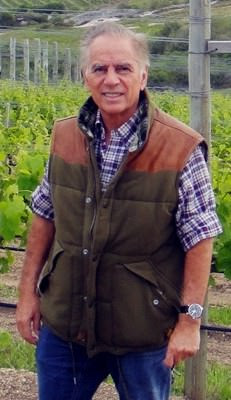 The Vancouver International Wine Festival in 2017 including a winery from Uruguay. If memory serves, it was just the second time that an Uruguayan winery had been accepted to the festival.

Uruguayan wines did not stick in the BC market on that previous occasion. This time, it will be different. Bodega Garzσn, the winery at the 2017 festival, is seeking to expand the handful of BC Liquor Store listings it secured as a festival participant with a determined push for an firm foothold in the market.

The winery has a good agent: Renaissance Wine Merchants, which arranged a tasting of a dozen Garzσn wines recently for the trade in Vancouver. The group learned that a container of Garzσn wines are on the way to Vancouver, both to support liquor store listings and to support private purchase.

These are excellent wines at reasonable prices; not cheap like some Argentine wines but fairly priced for the quality.

The wines of Uruguay are seldom on the radar for Canadian consumers for the same reason almost nobody there has heard of Canadian wines. Both industries are small in world terms. Currently, there are 190 wineries in Uruguay and 9,000 hectares of vines – about the same size as the Ontario wine industry.

Small does not mean uninteresting. Uruguay is well-known for robust reds made with a French varietal called Tannat. According to the Jancis Robinson book, Wine Grapes, the variety was mentioned first in 1783-84, connected with vineyards in Madiran in southwestern France. 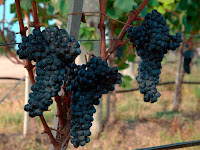 Tannat (right) now can be found in numerous wine regions, including the Okanagan, but it is especially well established in Uruguay.

According to the Robinson book, “it used to be called Harriague after the Frenchman from the Basque region who introduced the variety to Uruguay during a period of Basque immigration. Pascal Harriague planted a Tannat vineyard 400 km north of Montevideo …. In 2009 it was the most widely planted, and proudly trumpeted, variety in the country … almost 22% of the national vineyard area.”

Bodega Garzσn opened in March 2016 with about 280 hectares of vineyards, about 100 km east of Montevideo and not far from Punte  del Este, a seaside resort for the rich and famous. The vineyards, planted since 2007, opened up a new viticultural area, not far from the Atlantic.

The proprietor is Alejandro Bulgheroni, a wealthy Argentina petroleum engineer with a growing stable of wineries in Australia, California, Italy and his native Argentina. The British Columbia connection is Alberto Antonini, the internationally-renowned Italian consultant at Bodega Garzσn who has also advised the development of the Okanagan Crush Pad Winery in Summerland.

Antonini was retained by Bulgheroni in 2007, initially to pronounce on the suitability of the Bodega Garzσn site for vines. “My experience with Uruguayan wines had not been very good,” Antonini says. He concluded that a lot of the Tannat vines were planted in soils that were too heavy and too fertile.

The soil at the hilly Bodega Garzσn site, however, is leaner with more minerals. It also was a virgin area for vines. “There was not even one vineyard around,” Antonini recalls. On his advice, vines were planted on small blocks on slopes throughout the property. The object is to protect the biodiversity. That would have been compromised if the land had been contoured to allow the planting of an ocean of vines.

There is another benefit to the manner in which the vines are planted: Bodega Garzσn is an exceptionally attractive property.

So is the winery, a vast 205,000-square foot facility perched on a hill overlooking the vines. Both the New York Times and CNN Travel have singled out Bodega Garzσn as a significant tourist destination. Those are but two published endorsements of the winery. Bodega Garzσn appears to have pursued considerable media attention in the travel and wine press. The winery may well have achieved a higher profile in just a year than most other Uruguayan wineries.
With all of his clients, the Tuscany-based Antonini had advocated concrete and large oak vats for fermentation and wine storage, with minimal use of stainless steel. Okanagan Crush Pad, for example, has replaced all of its barrels with concrete eggs and concrete tanks. Antonini advocates using wild yeast for fermenting wines. Wild yeast is happier living in concrete or wood. Bodega Garzσn has ample volumes of concrete eggs and large vats.

“I don’t know why we should use commercial yeast when Mother Nature provides you with tons of native yeast on the grapes,” Antonini says. That is typical of the many provocative views he has on winemaking.

What is in the bottle, however, backs up Antonini’s winemaking. At the recent Vancouver tasting, Bodega Garzσn’s portfolio included four white varietals: Pinot Grigio, Sauvignon Blanc, Viognier and Albariño.

Albariño, a Spanish white variety, was especially impressive, with fresh floral aromas and clean, fresh flavours of citrus and melon. The Bodega Garzσn Albariño 2015 poured at the Wine Festival is priced at $24.39. The two at the recent tasting were Reserve and Single Vineyard wines. Reserve wines generally are priced at $29.99 and Single Vineyard wines generally are $52.99.

There were two other reds of special interest. The Petit Verdot Single Vineyard 2015 ($52.99), a bold and powerful red, is one of the best Petit Verdots I have ever tasting (92).

The Marselan Reserve 2015 T $29.99 (91 points) is a delicious curiosity. Marselan is a cross of Cabernet Sauvignon and Grenache, developed in 1961 by plant breeder Paul Truel at a research station near Montpellier in the south of France.

He wanted to create a productive variety with large berries. The outcome was different, according to the entry in Wine Grapes. “Marselan turned out to have small berries and was initially neglected because it did not offer the high yields prized then,” the book says. It only entered the official register of varieties in 1990 when the variety’s quality and good disease resistance was recognized. By 2009, about 6,000 acres were being grown in France, mostly in the Languedoc and the southern Rhone.

“Marselan is doing very well in Uruguay,” Antonini says. “I like the spiciness and juiciness.”

Without a doubt, Bodega Garzσn’s wines are solid and will bring notice to Uruguay wines in markets around the world, including our own.

JohnSchreiner at Goodgrog at 10:21 AM